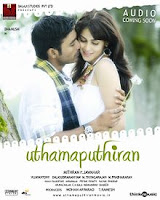 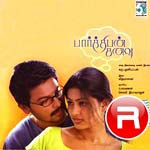 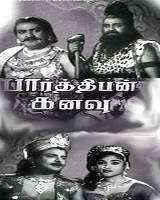 ‘Old wine in new bottle’ is a well known maxim. In film circles,if a theme or story line is repeated but narrated differently it could be called old wine in new bottle. Films like 'Neerum Neruppum', 'Uthamapurushan', 'Sagalakala Vallavan', 'Ullathai Allitha' and 'Imsai Arasan Irubathumoonram Pulikesi', for instance, repeated the  themes and scripts of earlier hits like M.K.Radha’s 'Aboorva Sagodharargal', Sivaji Ganesan's popular films 'Iruvar Ullam','Pattikkaadaa Pattanamaa', 'Sabash Meena' and 'Uthama Puthiran' respectively.But at times, a new theme or story line is incorporated under an old film title. The reason for the repetition of an old film title could be attributed more to the film maker’s fancy for the title concerned, rather than creative paucity to generate a new title. In Tamil, quite a number of films have appeared repeating recent or past film titles.

Vijay Antony’s 'Naan' released recently was the title of a run away hit of the Nineteen Sixties starring Ravichandran and Jeyalalitha. Theme- wise, both the films spoke of impersonation but the story line and the mode of narration of the new 'Naan' were totally different from the older version. But in terms of entertainment value and audience support, the old bottle proved to be far superior to the new wine. The veteran  film maker T.R.Ramanna of the old 'Naan', never used to disappoint the film viewers as far as entertainment component is concerned.
'Maaman Magal' is the title of two movies; the former, a grand comedy show of  Gemini Ganesan, teaming up with T.S.Dorairaj and J.P.Chandrababu and the latter a jubilant joint parade in humour,carried on vigorously by Sathyaraj  Manivannan and Goundamani. The story of the new 'Maman Magal' would remind one of Sivaji Ganesan’s 'Pattikkaadaa Pattanamaa' and Kamal's 'Sagalakala Vallavan' rather than the Gemini Ganesan original. 'Uthamaputhiran' a Sivaji  super film, telling the story of twins, became the title for one of the films of  Danush. However, other than the title there was nothing similar between the two films.While Sivaji's Uthamaputhiran celebrated a royal theme with the amazing narration of  a wonderful story,Danush’s Uthamaputhiran was a comedy- cum family entertainer.
'Ninaithale Inikkum',K.Balachander's music extravaganza with an underlying tragic note, became the title of the Tamil remake of the Malayalam hit 'Classmates'.But the Tamil remake neither did full justice to the Malayalam original nor did it add merit to its wonderful title lifted from the Balachander bonanza.'Ethir Neechal' another Balachander fame pronouncing film, has become the title of a recent Siva Karthikeyan- starring film. Balachander's film was a remarkable portrayal of the plight of an orphan[played by Nagesh]  struggling against odds and the narration was commendable as a combined show of humour and pathos. Whereas, Durai Sendhilkumar's version convincingly narrates the plight of an under- achiever, whose strange name causes him comically delicate situations, at every stage in his life.The film shows how the hero crosses the hurdles and wins fame by changing and restoring his original name.Both the films have closely justified the choice of their title.

A unique case of title repetition relates to the two versions of 'Parthiban Kanavu',the first one a historical narration of events of aesthetic love and a royal picture of the Pallava empire;whereas, the second release, beautifully described a love story linked to marriage on mistaken identity, temporarily affecting one’s marriage routine. The earlier movie starring Gemini Ganesan and Vaijayanthimala was a romantic and historical fantasy.The later film with the repeated title was a fascinating tale of romance, lovably portrayed by the delicate performance of Srikanth and Sneha. The title alone being the binding factor between the two films,both made a mark as refreshing ventures in history and family drama with their respective creative visions.
A few movies of Danush like 'Maappillai' 'Polladhavan' and 'Padikkadhavan' have repeated the titles of some Rajini blockbusters{Prior to Rajinikanth's Mappilaai,there was another version of Mappillai of the early Nineteen Fifties,with a completely different story background, starring T.R.Ramachandran  P.K.Saraswathi,Narsimha Barathi and T.K.Raamachandran}.However, apart from Mappillai, the other two films have nothing in common with the Rajini films excepting their title similarity.The stint of charming rudeness revealed  in Rajini’s 'Polladavan' and the load of family sentiment watched in the Super star’s grand show 'Padikkadhavan' were replaced by a theme of obsession for a motor bike and the ridiculous predicament of the hero not being educated, in the two title-repeated  Danush movies, respectively.
MGR’s  popular movies like 'Nadodi Mannan' and'Nam Naadu',became the chosen titles of two very modest films of Sarathkumar, and the late mass hero's 'Pudhumaipithan' filled the bill as the title of a Parthiban film. Similarly,Vijay's blockbuster 'Vettaikkaaran' was already popular, as the title of a memorable MGR black and white film. New themes and scripts thus got into the old titles. However, it got established that the films of Sarathkumar with the titles of two MGR films could not reach anywhere near the incomparable standard and quality of the late hero's movies. Luckily, the theme content of Parthiban’s Pudhumai -pithan, reminded  us very much of the MGR film with the same title, in justifying the Shakespearean concept of 'method in madness’ noticed in Hamlet. Besides,the story line of the Parthiban film, conquered our imagination with modern political trends,adopting sophisticated manipulations in the name of insanity.Though Vijay’s Vettaikkaaran was a hunting expedition against antisocial elements, it had least to do with the animal kingdom that consistently occupied the creative imagination of the Devar Films unit. Nevertheless, with its interesting twists in narration, Vijay’s Vettaikkaran was an authentic experience in fresh film watching, consisting of adequate speed and new generation perspectives of heroism.
The titles of Sivaji’s two amazing films have crowned the new dimensions of creativity  titles, for the currently released 'Gouravam' of Radhamohan and the upcoming 'Iruvar Ullam' from another production house. Sivaji’s stupendous film 'Gouravam' effectively spoke of an individual’s personal pride and prestige in the form of one’s cherished name and fame, in his vocation. But Radhamohan's 'Gouravam' on the other hand delves at length into the social barbarity instigating the practice of honour killing, prevalent among the caste activists.Director Radha Mohan has already been acclaimed as a qualitative artist with creative capabilities calling for recognition of merit.Though the new release of Radhamohan speaks of the value of collective endeavour in taking up a crucial social issue for presentation and focusing it impressively,the one man show of Sivaji Ganesan under the masterly supervision of Vietnam Veedu Sundaram,continues to haunt our imagination with its firm hold on that dignified title, by perpetuating memories of a stunning course of  dramatic events on screen.
L.V.Prasad’s 'Iruvar Ullam'  beautifully penetrated into the vagaries of bachelorhood and the  complexities of valued partnership in meaningful marriage. We are eagerly looking forward to see how far the old title will refresh the viewers with a different story line and narration in the newer version. A review of the title  repetition syndrome will bring to light, the paradox of either the old bottles outliving the new wine, or the new wine surpassing the quality and endurance of the old bottle. And the final ruling will be whether the bottle is old or new, it is the richness in taste of the wine that matters. After all, the preference of the old bottle presupposes an ornamental attitude and fascination for charming exteriors of one’s products, with an undying obsession for a previous pattern.
===================================0=============
Posted by chandran at 5:46 AM