The Potshots of Parthiban. 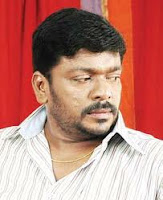 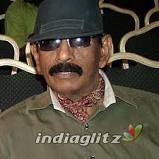 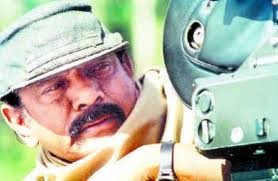 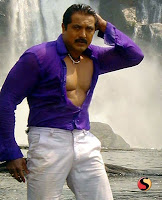 The 'macho' or 'machismo'spirit is the masculine vigour that a man carries in his appearance and behaviour. To be a hero, is to be manly in looks.No doubt,lean heroes like Danush are also making an impressive show with a thrust of ruggedness and charm.But it is always a pleasure to watch a hero, with a well built physique as a pedestal, on which is crowned a handsome face that is in perfect sync with the body.When brawn and brain meet at a exactly matching point,one becomes a model of manliness.It is in this sense Sarathkumar occupies an insuperable place, as an amazing mass hero, earning the title Supreme Star,without exaggeration of any kind.
Who can doubt the veracity of Sarathkumar manually lifting a car in 'Periya Gaundar Ponnu'? Owing to his genuine,tall and sturdy muscular frame,credibility of such a scene made it almost a live event. It is this extraordinary masculine appeal that makes Sarathkumar become a natural choice for donning roles  such as, an army officer, a police personnel, a family patriarch, a village chieftain and so on.His first appearance itself was that of a police inspector in 'Kan Simittum Neram',a Karthik Muthuraman film.But the film that gave him a great break was K.S.Ravikumar's Cheran Pandian,though he had already impressed the audience as a remarkable villain in Vijayakanth's 'Pulan Visaaranai'. The first grand show of Sarathkumar as a full fledged dynamic hero was in Pavithran's 'Sooryan', in which Sarath appeared as a victimized cop waiting to undo the evil forces and establish his integrity.Later he did other cop stories like 'Vedan' and 'Gambberam'. He was chic and smart as army officer in 'Captain','I Love India' and 'Yei' .
If Sathyaraj teamed up with P.Vasu and Manivannan to give many hits, K.S.Ravikumar and
Sarathkumar combination came out with about ten films of which 'Naattaamai' and 'Natpukkaga' were block busters; their other great shows were 'Paattaali' and 'Samuthiram'.All these films had
a strong story line with a rural base, celebrating cherished individual and family values like integrity,emotional loyalty and commitment to justice with clear perceptions of the right and wrong.The greatness of Sarathkumar's acting stuff is its balanced blend of paradoxes like softness and firmness,levity and sobriety,poise and force.
Sarath is one among the enlightened actors with a precise understanding of action sequences,so as to fix his mood perfectly to the relevant emotions meant for outburst as well as underplay .He was commanding in tone in 'Naattaamai' but was the embodiment of submission and modesty in 'Natpukkaga' a film that immortalized the profound bond of friendship.He continued the same spirit of modesty in 'Paattaali' and his underplay of emotions made him excel in both the films. Village stories have always remained a cake walk for Sarath.The other rural stories that he happily took up for demonstrating his acting gusto were, 'Moovendhar', 'Saamundi','Namma Annaachi ' 'Maayi' and 'Arasu'.The last two in the list from the Mass Movie Makers [like their 'Gambeeram'] were  commercially successful projects too.
Hari's 'Ayya' another rural film was a great success story,projecting Sarath as a venerable village elder,capable of determining the votes of the prospective candidates to the legislature.It was yet another display of a standing model of humility and esteem and Sarath essayed it with meek magnificence. Vikraman's 'Suryavamsam' was an awesome movie, that brought out without any exaggeration, the predominance of family sentiment and personal ethics through clean narration. The film transmitted a lot of positive energy personified by ideal characters,leading the show.One could breathe happiness generated by the spirit of sacrifice and surrender of ego.The hero as the noble son of a noble father, was not only free from ego projections but was ready to sacrifice his time and energy for the sake of his wife, aspiring to become an I.A.S officer.In both the films Sarath did dual roles as he did earlier in 'Naattamai' and 'Natpukkaga' and he  always made an indelible mark of difference between dual roles with ease and enthusiasm.
Sarathkumar has also exhibited here and there,his flair for humour.'Janakiraman',directed by Sundar.C was a full length comedy and the other film of this director of warmth and cheer, in which Sarath did dual roles was Rishi. Sarath has also delivered his role with a humour sense in the first half of 'Yei'.However,it was Sarath's macho might that used to dominate in most of his films.'Thenkasipattinam' is one such movie wherein Sarath and Nepoleon established the core norms of a strong childhood friendship reflecting ruggedness,force and masculine fury.The other popular films of Sarathkumar were, Kattabomman, Aranmanai kaavalan, Dosth, Dasarathan, Nethaji, Chatrapati, Aravindhan and Vaideeswaran.
Though not a very good dancer,Saathkumar has fairly contributed his best to the usual choreography movements in the duet song segment of his films.In stunt scenes like Sathyaraj and Vijayakanth it has always been a stunning and winning show, for Sarath. This manly hero has been quite impressive in delivering emotions with a greater feel of the intrinsic attributes of the  roles assigned to him. Sarathkumar can never be said to have overdone his performance at any level, be it an aggressive or submissive youngster or an estimable and dynamic elder.We always notice in his acting style, a perception of balanced distribution of moods, spreading into a comprehensive and profound involvement in performance,that makes him an actor more challenging among his equals.Whatever be his achievement on the urban type of roles,it is in the rural based stuff, he has excelled more, with casual but remarkable exuberance. Above all,it is his supreme macho looks and actions, that give him a higher edge over others, as an outstanding hero of mass attraction.
========================0==========================
Posted by chandran at 10:05 PM No comments:

The Main Makers of Sivaji Movies. 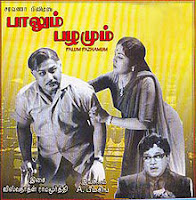 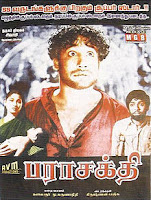 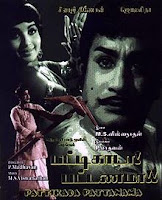 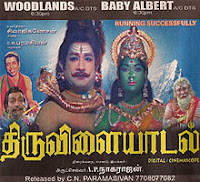 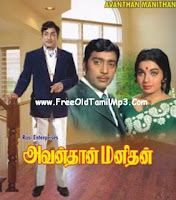 The Prophet of the Music Kingdom.

Posted by chandran at 7:08 AM No comments: