Pa. Ranjith  made us sit up and watch his unusual course of narration of events in his film Madras.It is perhaps  a matter of coincidence that,all the letters of his name spelt in English, form  a major part of the name of Rajinikanth too. The fifty fifty combination of their names gets into perfect fusion in the tremendously hyped film Kabali. For the fans of the superstar, there is enough display of his charismatic style and gusto.But the narrative format is characteristic of the budding director of distinct merit.From the beginning till the end, the action sequences move on, like a steam boat shuttling between a calm  sea and one of turbulent waves.
Rajini's devotion to his wife [which already hit the victory mark in AVM's Nallavanukku Nallavan under his periodical director S.P.Muthuraman], carries deeper dimensions of the pang of presumed loss of his wife and its intensity of anguish.The scene where Kabali and his daughter meet on an unexpected twist in narration, marks the mind blowing intermission of the film.Really the interval screen falls upon the audience with high voltage thrilling effect.The second part of the film that takes the hero, on a search mission with his daughter to find his yet living wife in India, is a  grand mix of sentiment and appalling action shots.The superstar's meeting his wife is an effective emotional package poignantly unveiled,thanks to the spontaneous melting down of Radhika Apte who plays the role of Rajinikanth's wife.The dignified family reunion is an endearing treat  .
Through out the film, the combined impact of  tempo, noise and niceties, makes one feel, if one is watching a usual Rajini film, or experiencing a refreshingly fulfilling Rajini film, after a long time, when films like Mullum Malarum and Bhuvana Oru Kelvikuri brought Rajini the actor,closer to our hearts.All said and done, can anyone get completely retrieved from the Baasha effect, when it comes to the presentation of a gangster story.That there is no place for the usually energizing comedy quotient of Rajinikanth, is certainly a matter of disappointment,though factually speaking comedy has no scope in a movie of this kind.
Santhosh Narayanan's music was more appealing in Madras.The song 'Maya Nadhi' is of course a melting melody. Nassar and Sangili Murugan are compact in their brief appearances. Danshika, Rythvika, Kalaiarasan and Dinesh have substantial space for performance and they have made good use of their opportunity to be part of a Rajini film.Winston Chao and Kishore exhibit their sheen for villainy with style and brutality.John Vijay has more scope to share a lot of joint appearances with the superstar.Beyond all this ,what was surprising for me is how the film got a U certificate, in spite of being a gangster movie, with too many crude scenes of violence and profuse gunning down of one another in a mad spree. Rajini looks a bit exhausted in quite a few shots.Ageing has its impact.But his innate charm and style remain intact.His breaking down when he comes to know the fact that he has missed for long, his living wife, who he thought was dead and several other scenes, will live long to create a lasting impact on the minds of the audience.The invisible audio climax, with the bullet sound makes the audience leave the theater with each one's guess work about the fate of Kabali.
Through out the film, there is a reverberating rhythm in the characterization and performance of Rajinikanth, the monumental actor, who is blessed with so much of fan adoration from children to grownups.No doubt, Ranjith has not failed to capitalize on this phenomenal factor.
================================
Posted by chandran at 10:09 PM No comments: 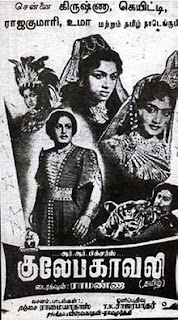 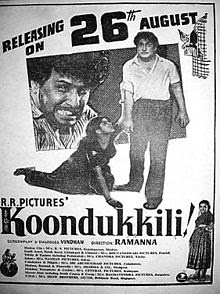