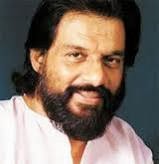 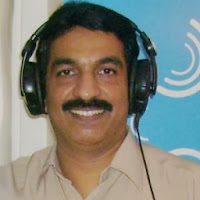 A majority of heroes perform as the directors want them to.A few heroes exceed the director's expectations,imbibe the spirit of the characters they do and finally end up in living the role bestowed upon them on screen.This is how Sivaji Ganesan very often performed and became the right model of acting for many other aspiring actors.At times, the audience came upon a deified hero like MGR, who generally made the directors direct him as he liked.But very rarely do we have the experience of watching some one with an insatiable quest for doing something different in each of their films.They always carry on an incomparable urge to try something impossible not bothering about the so called image factor.While Kamalahasan has already established his position as a film personality with an appetite for versatility,the only other hero who is ambitious about trying new layers of acting is Seeyaan Vikram.
Vikram's modest beginning as a soft romantic hero, would not have projected him as a man with a huge agenda for acting and with unquestionable potential and credentials for moving up the acting ladder with self-made whims and convictions.Films like Meera,Ullaasam,Vinnukkum Mannukkum and Samurai would never be in his challenging list of roles.He should feel immensely indebted to an uncommon brand of director like Bala, for opening a broad gauge track and closing all level crossings simultaneously, so that a hero with a hidden treasure of exemplary acting zeal, could have his run fueled by nothing but the hardcore passion for acting. Sethu and Pithamagan were just a couple of sugar canes for a person with an elephantine hunger to perform.
What makes Vikram different from others is his indifference to the concept of the hero image.If he had bothered about it he would not have taken up films like Sethu,Kasi and Pithamagan at the start of his career and Dheivathirumagal later. But it does not mean that he is unfit for the role of a full fledged action hero.His Dhil,Dhool, and Samy are perfect entertainers as amazing action films.The fact that most of the directors including Shankar,have not just stopped with one movie with Vikram shows how much trust they have reposed in his talent and how much they value his conviction for performing differently in each film. Bala, Dharani,Hari A.L.Vijay and Shankar are all there in the list as directors delighted by the performing vigour of Vikram that forced them to do another movie with him.Director Saran gave him an action bonanza with consummate juvenile gusto and the film Gemini that was released under the AVM banner, became a great entertainer.
The amount of force and speed delivered by him in films like Dhool and Samy, his pointed underplay of emotions in the action genre of films such as Dhil,Gemini and Thaandavam,his unfailing grasp of vagaries and precision in seamlessly switching over to changed character delineation, in performing as a split personality in Shankar's Anniyan,his clean pass over from a casual and agile character mould to a sudden state of enforced dementia in Sethu and above all the silently delivered powerful role of an undertaker with inexhaustible love and revenge, in Pitha Magan will permanently mark him as a model actor with a mind full of fixations for multilateral performance.
Like most other prominent heroes Vikram  too had to concede defeat in his ventures to prove himself as a valued actor.Movies like Arul,Bheema, Kandasamy and Rajapaattai were all moderate demonstrations of the hero's fight against the corrupt lobby or samples of gangsterism and did not speak good of the profound acting caliber of Vikram. Kaadhal Sadugudu was a breezy romance but even there, Prakash Raj stole the show with Vivek's comedy also taking the lead.'Maja' a moderate remake of the great Malayalam original Thommanum Makkalum,was also not on the expected line. The most hyped Raavanan that showed him as hero in the Tamil version and villain in the Hindi script did not bring in the expected result to boost either Vikram's performing zeal or Manirathnam's directorial stuff.
But beyond all these common setbacks and failures,Vikram has never failed to impress as a unique type of hero willing to perform differently in everyone of his films.His impressive body language,graceful dialogue delivery,right perception of the different layers of emotion behind the nature of his character in isolation as well as its scenic fitment core,his readiness to be one hundred percent genuine to the role and the usual dancing and fighting abilities expected of a hero in standing, always put him on the leading side with a keen sense of professionalism and efficacy.Had he been an actor during the hey days of K.Balachander,he would have easily stolen the mind and spirit of that directorial genius.
It is a known fact that many talented heroes are hard working,aspiring to achieve higher positions in their career,to stay permanently noticed and acknowledged as actors of merit.But the fire in Vikram is of a different kind, burning constantly,igniting his action engine towards remarkable destinations.Number of films does not matter for him.Hero image is immaterial for him.It is his craving to perform differently and excel in doing the job assigned to him without taking himself to the scuffle for limelight, that makes him an actor of singular mettle.His unrelenting desire to perform specially for a personal satisfaction, will always keep him in good stead. Reasonably tall and well built in physique,the performing spirit from with in, should always remain intact, to drive him to many more, award winning positions in his career.
=================0==================
Posted by chandran at 4:56 PM No comments: 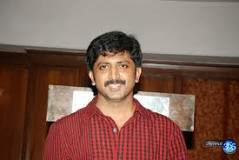 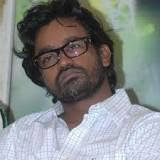 William Shakespeare said'one may smile and smile and be a villain'.Be it reality or fiction, open villainy is always easy to deal with.Crude villainy is of course bloody,horrid and hateful; but the movie villains are admired or condemned depending upon their manner of exposition. Generally,the display of 'motiveless malignity'and suave,sweet coated villainy overpowers the human psyche to a great extent.World cinema in general has dealt with hidden roots of villainy with sophisticated exteriors involving charm and grace.But the thing is, not all actors would physically fit into deceitful villainy, with a comfortable facial leverage.English villains have always excelled in this regard.In Hindi cinema, late Pran was a monumental actor of concealed villainy by his well refined looks and standard of acting. But others like Premnath, Omprakash and Amrish Puri could easily delineate rude and open villainy. Prem Chopra could excel in both.I am not knowledgeable about the new generation villains of Hindi films.
In Tamil, among the old timers,P.S.Veerappa always belonged to the open gang of villains. Though Nambiyar could be fairly called Tamil Pran, he has been both refined and rude on the screen and the latter mode was more visible in films like Kudiyirundha Koil,NaanAanaiyittaal, Pudhiya Boomi and so on.In reflecting sophisticated villainy S.V.RengaRao usually excelled in films like Annaiyin Aanai, Raaja {both Sivaji films} and Nam Naadu {MGR's}.S.A.Asokan was like Hindi Premnath.
While most screen villains in Tamil Cinema have tried to be loud and noisy in displaying a particular mode of their histrionic ability for portraying villainy,some have maintained style, charm and sophisticated appeal that generally reflect a classic character of aristocratic scheming and execution of negative motives.Some are capable of combining both varieties as we have seen in the case of M.N.Nambiyar,Nasser,and Prakashraj. No one can forget Nasser's crudest form of villainy in Thevar Mahan. But the same actor gave a brilliant performance as a stylish villain in 'Olympian Antony Atham', one of the most popular Malayalam movies starring Mohanlal as hero.
Prakashraj who mostly excels in loud verbal villainy of a powerful thug, as shown in films like Gilli, Poekkiri and Singam 1, showed his pep and style of a different attitude, in films like Aasai, Vaanavil and Vaanchinathan. But there are two villain actors, who have constantly reflected smiling and charming villainy of the high class, reflecting a frame of mind specialized in the art of killing with fake kindness.They are Late Raguvaran and the famous Kannada writer and actor Girish Karnard.
Interestingly, these two dynamic actors gave a joint performance of grand villainy, in films like Kaadhalan and Ratchagan. Raguran who was initially noisy in some of Rajini's earlier films, began to reach greater heights with his amazing performance in films like Puriyaadha Pudhir,Abhimanyu,Uthayam,Baasha,Arunachalam, Mudhalavan, Vallarasu and Baalaa. As a gangster head and as a prototype of the greedy power block, Raguvaran has rightly fitted into his role with a striking sense of precision and style,his husky voice carrying a singular pattern of modulation, adding charm and perfection to his performance.
A highly original creative writer,an illustrious playwright and stage actor and a wonderful film actor that he is,Girish Karnard has fascinated my imagination to a great extent.I enjoyed reading and teaching his most popular play 'Hayavadana' {translated into English from his original version in Kannada} to my undergraduate students.My enjoyment of watching his acting skill in movies like Naan Adimai Illai,{A Rajinikanth film} Kaadhal Mannan {A Saran hit starring Ajith},Rajeev Menon's Minsaarakkanavu, Kamal's Guna, K.T Kunjumon's Ratchagan,Shankar's Kaadhalan and Vishal's Chellame made me feel that Karnard has the spontaneous ability for negative portrayals, combining style and refinement of the richest order.It is difficult to imagine him in a role of either a poor man or a middle class person.By his looks and body language, he cleanly represents a section of the wealthy tribe, known for snobbery,personal aggrandizement, power mongering and exploitation of the gullible.
Greed for money and clinging to norms of status building, as the innate traits of the pseudo aristocratic class, have been perfectly portrayed by Girish Karnard in the films cited.He truly brought out the fears of the tax evading rich, when raided by the tax regulatory authorities,in the film Chellame. In Ratchagan, he kills his half brother with kindness blended with venom, with a view to avoiding competition in acquiring the huge, ancestral wealth.In many of the other  films, he was a wealthy dad, recklessly trying to prevent the marriage of his daughter with an underdog, thereby exposing his reluctance to surrender his inherited status of wealth and nobility.
Raguvaran and Karnard could rightly be called the standing models of sophisticated villainy in Tamil Cinema.The other actors who fall in this category are Kitti{Kamal's Sathya} Captain Raj{ Jeeva and Pick Pocket starring Sathyaraj} and Salim Ghouse {Vetrivizha, Chinna Gounder and Vijay's Vettaikkaran }.