Four Tamil Films with a Circus Base. 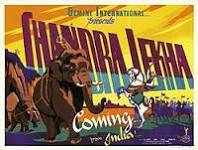 The Proud Place of Padmini Pictures. 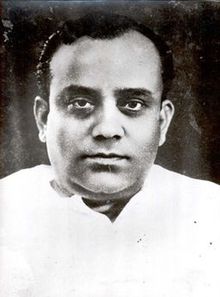 Early Tamil cinema was considerably under the inspiration and influence of its fraternal film makers from Telugu,Malayalam and Kannada.Though the contribution from the Telugu and Malayalam film industries was more,the role of Kannada film sector could not be undermined.Apart from actors and singers,the most prominent place in this regard, goes to the highly acclaimed and qualitative film maker B.R.Panthulu,who as a significant film maker,cast his invincible impressions on the ever dynamic Tamil  Cinema.He is more remembered by his reputed film making unit,the Padmini Pictures.This profuse film maker exuberantly dwelt upon different genres of films such as myths,history,fantasy,family dramas, comedy and  stories on social reform.
Starting his career as an actor Panthulu made his presence strikingly noticeable in films like Naam Iruvar and Mudhal Thedhi.Though Kalyaanam Panniyum Brammachari was the first Tamil film produced under the banner of his Padmini pictures,Thangamalai Ragasyam  starring Sivaji Ganesan and Jamuna was the first film directed by Panthulu. Even after becoming a director,Pantulu continued to act in most of his movies either in small or big roles.Music director T.G.Lingappa joined him  for his film Thangamalai Ragasyam that came out with the  memorable melodious number Amudhai Pozhiyum Nilave. enchantingly rendered by P.Suseela. Lingappa continued to be a part of many Panthulu films as Sivaji Ganesan did.
Panthulu directed nearly eight films with Sivaji Ganesan as hero. Of these,apart from his first Tamil film as director, the other most talked about films were Sabash Meena,a rib tickling comedy,Veera Pandia Kattabomman a fascinating and powerful narration in historical fiction, Kappalottiya Thamizhan,a heart rending narration of the Indian freedom movement and the mega hit myth Karnan.Panthulu's other popular Sivaji movies were Engal Kudumbam Perusu, Bale Pandia and Muradan Muthu.The two comedies Sabash Meena and Bale Pandia, continue to rock the memories of the Tamil audience with the hilarious comedy parade of Sivaji Ganesan and Chandrababu in the former and the robust joint show of Sivaji Ganesan and M.R.Radha in the latter.The presentation of the song sequence ''Neeye Unakku Enrum Nigaraanavan''was a grand audio visual treat in Bale Pandia. All the songs composed by Viswanathan Ramamurthy for Bale Pandia and Karnan were exemplary pieces of sweet music.
It was the variety in theme and appealing narration that made Panthulu, a unique film maker. Panthulu who started his film career with Sivaji Ganesan in 1957, switched over to MGR seven years later and from 1964,he directed four films of that mass hero.Of these Aayirathil Oruvan attained an epic status with a beautiful story line, captivating narration and enthralling music by Viswanathan Ramamurthy. All the songs were tremendous hits reaching every nook and corner of Tamil Nadu at one go.After five decades, recently the film came out with its digital version like Panthulu's other grand film Karnan.Pantulu's three other MGR films were Nadodi,Ragasiya Police 115 and Thedivandha Mappillai.
Though quite a few women including Padmini, Sarojadevi and Barathi had acted in his films, Panthulu inducted Devika and Jeyalalitha more frequently than others.Similarly for mother roles his preference was always for the highly talented actress M.V.Rajamma, who reflected the power of noble motherhood like P.Kannaambaa and Pandarbai.Nadodi with Sarojadevi and Bharati,dealt with the theme of caste prejudices, ever prevalent in most parts of Tamil Nadu. Unlike Aayirathil Oruvan, the other three films,were moderate shows but the MGR charisma did not fail to pull the audience to the theatres.
Almost three forth of the Tamil movies of Panthulu went into the hands of the two mighty stars of Tamil Cinema.However,the other moderate shows like Kuzhandhaigal Kanda Kudiyarasu, Namma Veettu Latchumi {both had Pantulu playing vital roles} Enga Paappaa [with Ravichandran and Barathi sharing screen space }Ganga Gowri [a mythological narration with Gemini Ganesan playing Lord Shiva and Jeyalalitha playing the role of Parvadhi}and Kadavul Mama,{the last Tamil film of Panthulu }did not fail to impress the audience. Pantulu passed away in 1974 after the release of Kadavul Mama..
B.R.Panthulu's contribution to Tamil cinema is certainly of a tall order, taking Tamil film industry to newer heights of pride and glory.He was a maker of  both modest and mighty films His three magnificent creations in Tamil are Veera Pandiya Kattabomman,Karnan and Aayirathil Oruvan. But none of his modest releases could be called dampeners.Tamil film audience will ever carry in their memories, the most enjoyable comedies, Sabash Meena and Bale Pandiya, an  unruffled stream like film Nadodi and the clean family drama Namma Veettu Latchumi.
The impact of Kappalottiya Thamizhan was so realistic and emotionally engrossing that no one could easily erase from their memory the life like portrayal of characters such as Va.Vu.Chi, Mahakavi Subramanya Barathi, Subramanya Siva and Vanchinathan, by Sivaji Ganesan. S.V.Subbiah,T.K Bagavadhi and K.Balaji  respectively.These characters will be remembered for their true and neat delineation, by such veteran actors.The film was not a blockbuster like Veerapandiya Kattabomman and Karnan.But it travelled through the imagination and emotions of the audience without sound and fury. Panthulu stands highly credited for his presentation of a galaxy of themes through the medium of cinema.It was this extraordinary element that has made his Padmini Pictures unit, earn a proud place in Tamil Cinema .
==========================0===============================
Posted by chandran at 5:41 PM No comments: