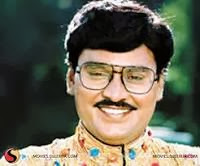 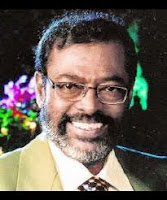 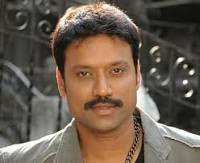 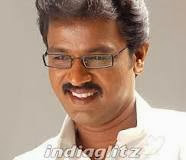 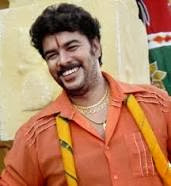 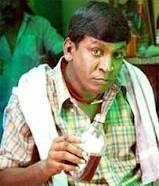 Starting from the days of N.S.Krishnan,Tamil cinema has come across comedians of different looks and calibre at various times. There were, ever lean comedians like Ezhu malai, Chandrababu, Friend Ramasamy, Nagesh,Surulirajan,Loose Mohan and Omakuchi Narasimhan and burly or bulky comedians like T.S.Dorairaj,Kottapuli Jeyaraman, Pulimoottai Ramasamy and Usilaimani. The other list of actors who with their normal constitution,substantially took care of the comedy side of Tamil Cinema includes actors like K.A.Thangavel,A.Krunanidhi,Thengai Srinivasan, Cho Ramasamy,A.Ramarao, otherwise  known as Appulaachaari, S.V.Sekar, Y.G.Magendran, Gounda mani, Senthil, Vivek,Karunas and Santhanam.But there is one actor who made his debut as the thinnest comedian and slowly grew in size, stature and popularity. Quite often he took the audience by surprise through a stormy exposition of talent not only for generating humour but also for expressing a variety of emotions in their original form. It is his native touch and rugged sense of humour that have carried him through on a track of steady growth. This vastly talented comedian called Vadivelu is greatly known as Vagaipuyal {the storm of  the Vaigai river}because he hails from Madurai where the Vaigai keeps flowing.

The humour waves of Vadivelu have been surging as naturally as the waters of the Vaigai dam. Though credit goes to director-cum-actor Rajkiran for introducing Vadivelu to Tamil Cinema,the fact that Vadivelu has grown by his own efforts, as one among the greatest comedians surpassing competitions at various levels in various forms, becomes a stamp of recognition for his extraordinary potential to convincingly portray humour on the big screen without a trace of impediment on his part. Vadivelu has ever been dynamic both in individual and collective show of the gusto of comedy with accurate time sense and amazing body language. People who saw him dancing for the song ''Poda Poda Punnaakku'' wearing just a piece of loin cloth, in Raj Kiran's 'En Rasaavin Manasile' would never have thought that he would reach the stage where he is today. His lean body frame and black complexion did not and could not obstruct his spontaneous delivery of acting. He could dance like Nagesh, deliver dialogues like K.A.Thangavel and sing like Kalaivaanar. So he is three in one. It is this unique aspect that has projected him as a classic comedian.
Vadivelu is a special kind of comedian, in the sense that he can excel both in verbal and physical comedies with equal degree of comfort.In most films Vadivelu has taken prefixes along with the names of his characters such as Veecharuva Veerasamy {Rajakumaran}, Kuppai Thotti Govinda samy {Minor Mappillai},Oomathurai P.C{Gambeeram}Kaipilla,{Winner}Telex Pandian {Ennamma Kannu},Vibration Vadivelu {Baghavathi},Encounter Ekaambaram{Marudhamalai},Bullet Paandi{Koil}Theepori Thirumugam {English kaaran} Naai Sekar {Thalai Nagaram} and Snake Babu{Aaryaa}.What makes his comedy scenes very powerful, is his vigorous voice modulation quite often in the line of Madurai slang. He has hardly lost his space to any comedian, be it Goundamani-Sendhil or Vivek, when it comes to a joint performance.
In films like Pongalo Pongal and Manadhai Thirudivittai, he proved to be a perfect foil to Vivek, maintaining his competitive spirit in every scene. He would have bowed to Goundamani like Sendhil, only to take Goundamani for a ride later. But it is only as independent comedian, he has risen to an enormous stature, ruling the audience to the roost. His success formula in this regard, has been effectively framed in a kind of team spirit with heroes like Paarthiban, Arjun ,Vijay, Suriya and Prasaanth.The verbal banter  between Parthiban and Vadivelu or between Arjun and Vadivelu has been immensely captivating, sometimes taking the viewers, to the zenith of laughter.Though Vadivelu appeared in a few scenes with Rajinikanth in Muthu, it was in the film Chandramugi he made highly hilarious scenes, in company with the superstar. Most memorable laughter waves prevailed in Chandramugi, as in other films like Winner, Giri, Marudhamalai, Otran, Vetrikodi kattu, Friends, Thimiru, London, Thalai Nagaram,Enga Anna, Yei, Poekkiri and Aadhavan,to mention a few.
The present hiatus of Vadivelu is nothing but a political accident. He has definitely created unbeatable records of kinds, through his comedy specials. He kept the audience consistently energized and relieved from mood swings, by his innovative humour therapy, carefully contrived and devoutly delivered. Unfortunately, his flair and capacity for an unlimited flow of humour, was stalled later, by his fatiguing focus on a repeated course of physical comedy. It is Vadivelu among all comedians, showed the guts to act in dual roles in a film based on a royal story line. Though it was a parody type of movie, Imsai Arasan Irubathumoonraam Pulikesi, directed by Simbudevan of the Shankar School, showcased Vadivelu in both humorous and serious forms, making indelible impressions, thereby making the film a commercially viable project.
The movie on the whole and the performance of Vadivelu  as hero in particular, created the impact, that the original version Uthamaputhiran, starring Chevalier Sivaji Ganesan had created long ago. Nagesh had acted earlier in dual roles in Anubavi Raja Anubavi but that was out- and- out a comedy parade. Whereas, Vadivelu played his dual roles differently, for a gorgeous show of events and he did create a fine impression for that special mock epic. No one can say no to Vadivelu singing and dancing. In character roles, he proved his mettle much early, in a convincing performance in the role of Esakki in Devar magan. Unlike Vivek and Santhanam, he has acted both with Kamal {Singaravelan,  Devar Magan and Kadhala Kadhala}and Rajini. He has been a special favourite of directors like V.Sekar, Hari,K.S.Ravikumar, Siddique,Sundar C. and Sankar.Similarly, he has been comfortable almost with all kinds of heroes, holding the top and middle level positions.
However, it should be stated here, that he has always been more popular with the rural block, than with the urban audience. As the larger audience consists of those from villages his success graph has been consistently growing upward. He has no messages to offer like NSK or Vivek. What he does is mostly a street show of comedy demonstration, either in isolation or in a group; at times, he would resort to bullying tactics but would ultimately surrender when he finds himself cornered and his escape chances go high and dry. It is always a delightful thing, to watch him in a pitiably gullible crisis, getting roughed up by others. What makes such scenes exulting, is the way he bullies and is finally cowed down.
Vadivelu’s innate passion for humour and his conviction to make the audience laugh, firmly place him on the higher slot, among the present day Tamil comedians, with his infallible laughter skit. One could accept without any grudge, the  fact that the prefix 'Vagaipuyal',has been added to  his name, with absolute relevance and acknowledgement of his credentials as an invincible comedian.
====================0=====================