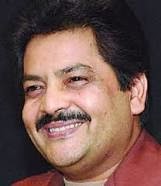 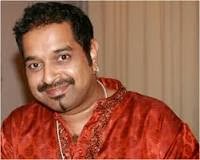 Tamil film music was known for its native glory, during the founding years of Tamil Cinema. Apart from tunes and different genres of music composition, songs those days had the special identity of native accent, besides carrying the base of lyrical grandeur. Tamil songs emanating from the core of the soil, were categorically distinct from those of other regions, on account of the emotional undercurrents symbolic of the Tamil language and because of inspiring singers like  M.K.Thiagaraja Bagavadhar, D.K.Pattammaal,P.U.Chinnappa,M.S.Subbulakshmi,Dhandabani Desigar, T.M.Soundarajan,Sirkazhi S.Govindarajan, C.S.Jeyaraman and Thiruchi Loga nathan.All these native singers, articulated Tamil with utmost precision in accent and without a trace of vocal error. Subsequently, persons from the Malayalam, Telugu and Kannada regions became Tamil play back singers, taking Tamil Film music to newer dimensions, though precision in Tamil accent was a bit missing here and there, in the case of one or two singers like P.B.Srinivas and K.J.Yesudas.
Many of these singers from other regions added memorable and immortal songs into the Tamil Film music gallery. Then, during the closing years of the last century, singers from regions like Mumbai and Nepal, gave their own felicitous wings to Tamil film songs, fetching a mood of ecstasy to the listeners. In this list, we are fortunate to have a fabulous singer like Asha Bhosle, whose melodious number'Shenbagame Shenbagame' and the ever rocking song 'September Maadham' could simply exalt the mood of music lovers with boundless joy.
In the recent two decades, three singers,two from Mumbai and one from Nepal, have significantly contributed to the enhancement of quality, of Tamil film songs.As a matter of fact, all the three singers are endowed with an exquisite nasal tone;but even here, the nasal fabric is distinctly identifiable by a considerable alien charm in one, a gliding,zig zag tone in another and a bold open wield in the third.The first voice frame referred to here, belongs to the fascinating Nepal-born singer Udith Narayan and the second and third are that of Hariharan and Shankar Mahadehevan, respectively.

The Nepali tongue is naughtily felicitous, with an incomparable energy quotient creating a possessed feel.It is the strange Tamil accent in his voice that is alluring. Words like 'Parvaayillai' for 'paravaayillai'{the song Kaadhal Pisaasu from Run}and the peculiar mode of utterance of the proper noun Eswara in that song from Kannedhire Thoenrinaal,make Udit Narayan a singer of unusual charm.Be it a duet song, or a chorus number his voice reaches our ears with a magnetic appeal.Songs like 'Kokkara Kokkarekko',{Ghilli}'Achacho Punnagai'{Shajahan} 'Vaadiyamma Jakkammaa' {Thirumalai}'Kuluvayile' {Muthu}'Rani Rangamma' {Padikkadhavan of Danush}'Sahaanaa Saaral' {Sivaji}'Thein Thein' {Kreedom} and 'Engeyo Paartha Mayakkam'{Yaaradi Nee Mohini},with an enchanting nasal sweetness, remain an eternal aural treat.His other popular number'Romeo Aattam Poettaal' sung along with Hariharan from Mr.Romeao abounds in gusto and wield. Udit carries an alien fascination in his voice, that makes his rendering of songs, totally different from that of others. Precision of Tamil pronunciation may be found wanting in his songs, but it is this lack of precision that lets in, an exquisitely delightful trait in rendition.
Shankar Mahadevan,the bold voice from Mumbai,has the exuberance and might to govern our ears with force,clarity and energy.I am an ardent admirer of the magnificent thrust in his voice and three of his mighty songs that always keep ringing in my ears are his 'Enna Solla Poegiraai'{Kandukondein Kandukondein}'Neeya Pesiadhu'{Thirumalai} and 'Thaniye Thannandhaniye'{Rhythm} and the energy packed casual song ''Machan Peru Madhura'' from the film Madhura.He has a stentorian voice like that of TMS and the striking difference is the nasal tinge like that of M.K.T.In a way,to me,he seems to carry the magical charm of both M.K.T and T.M.S.A song like 'Varaaha Nadhikkaraiyoram' {Sangamam} would easily bring to one's memory a nostalgic feel of the voice of M.K.Thiagaraja Baagavadhar. He can deliver vigorous kuthu songs like 'Allthoetta Bhoopathi Naanadaa' {Youth}'Sarakku Vachirukkein'{Shajahan} 'Manmadha Raasaa'{Thiruda Thirudi}and 'Maambazha maam  Maambazham'{Pokkiri} or a breezy duet like 'Aasai Aasai' {Dhool}with convincing zeal and enchanting appeal. Mahadevan who seems to have sung more number of songs for Vijay films, genuinely fulfills the musical expectations of the new generation.
Hariharan on the contrary,has a travelling voice, rolling joyously for a while, making roller coaster movements with a gliding sense,taking U turns or zig zag tilts in a manner of music, known only to his instinct.Be it the most soothing melodies like 'Konja Naal Poru Thalaivaa'{Aasai}'Thamizha Thamizha'{Roja}'Yaarindha Devadhai'{Unnai Ninaithu}'Telephone Manipoel Sirippaval Ivalaa'{Indian}and 'Vennilave Vennilave' {Minsaarak kanavu}or the tremendously mind piercing high pitch renderings like 'Uyire Uyire' {Bombay} and 'Vidukadhaiyaa En Vaazhkkai' {Muthu} his wriggling,soothing and disarming voice carries an amazing style and charm in rendition. Like the fabulous Hindi Playback singer Mukesh,Hariharan's voice keeps on digging and filling and digging again for a refill.It creates a longing for his voice to visit our souls, for an aesthetically enhancing experience.The two songs,'Mazhaithuli Mazhaithuli' and 'Aalaala handa' from Sangamam for which he shared his voice with M.S.Viswanathan, reflect the vocal potential that Hariharan is capable of,to compete with the boundless high pitch of that veteran music director. Some of the other fascinating numbers of Hariharan are,'Aval Varu vaalaa' {Nerukku Ner} 'Kandu kondein Kandukondein'{ Film with the same title}'Romeo Aaattam Poettaal' {Mr.Romeo} 'Vaaji Vaaji'{Sivaji} 'Thaaliye Thevayilla' {Thamirabarani} 'Aiyyangaaru Veettu Azghage'{Anniyan} and 'Amali Thumali' {Ko}.The softest and fantastically framed voice of Hariharan, with its mild nasal undercurrent, causes an electrifying sense, that can hardly be replaced by any other voice.Both Hariharan and Shankar Mahadevan appear to be the favoured singers of A.R.Rehman and both have proved to be the extraordinary brand ambassadors of a new variety of music .
These three singers have injected in each one's way,a rejuvenating and exalting sensuous ecstasy by their independent and mind blowing contribution to Tamil film music.They have infused new trends in their vocal representation of the dignity and supremacy of music, over other parameters of our routine.They deserve a special acknowledgement, as distinguished providers of empowering, as well as, enslaving music.
=========================0=================

Posted by chandran at 8:14 PM No comments:

A Malayalam Film That Marks a New Beginning. {Philips and the Monkey’s Pen} 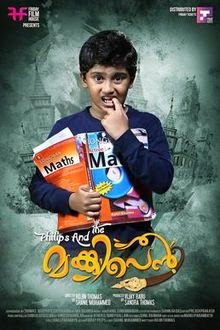 The Monkey’s Paw  is a horror short story,  written by W.W. Jacobs with a theme cautioning human beings not to play with their fate. The monkey’s paw  in that story was nothing but a jinx. But the  Malayalam film ‘Philips and the Monkey’s Pen’ released in 2013 does not have any such horror base. On the other hand this critically reviewed film, seems to sing a  corrective melody with a variety of themes, as notes and ragas. One would initially feel a bit confused about too many layers getting into a single narration. One would  even doubt if it is a  historical anecdote or a mythical mystery or a social malady the film is trying to project.
A few vital factors, as life’s standard norms, are focused without raising the volume of the  didactic voice. One is about truth and falsehood. The clear statement is ‘Truth might appear to be bitter, but falsehood is too sweet to taste’. The second thumb rule  is, one should solely depend on oneself to come up in life. The other refreshing perception  is  about the demarcation of learners into meritorious, mediocre and mischievous categories with their respective percentages of 20+60+20  and with a categorical emphasis on the last segment, becoming memory pointers and value indicators for an Alma Mater.
Aggressive adolescence, has been the chosen theme of a small group of film directors of all languages. This film made me a considerably  nostalgic about late Balu Mahendra, whose ‘Azhiyadha Kolangal’ that  came in the Nineteen Seventies, created indelible impressions of the vagaries of adolescence, through a different mode of narration. Recently the Tamil film Pasanga,directed by Pandiraj, also dealt with memorable adolescent  days at school with an inseparable mark of mischief and pranks and the freshness in narration made the film eligible for a National Award. The concept of drawing a longer line, parallel to an already existing line in order to make it smaller, owes its courtesy to director K.Balachander ,whose title and theme impressively discussed its significance in the film’ Iru Kodugal’.
The major plus point of the film ‘Philips and the Monkey Pen’ is its overall aesthetics in presentation that includes the natural role play of all the kids, particularly the cute little boy playing the role of Ryan Philip, {Master  Sanoop Santhosh}with consummate understanding of all nuances of acting, the exuberant photographic grasp of human mood and natural landscape, the commendable underplay of  a compact father character by Jaya Soorya and the integrating musical elegance.All these fascinating components of the movie raise it to its deserving heights. Should the beginning of a reformed behavioural pattern  always be preceded by the death of a loved one? The death of a girl student in an accident involving the school bus, becomes a prompter for sermonizing  on parental and social responsibilities, besides forcing an already reforming delinquent, to introspect.
The Mathematics teacher’s change over from a conventionally flawed approach to one of ripeness in dealing with victims of formative age syndrome, could have been pictured in a little more acceptable way, than as a casual course. But the teacher throwing a party to his wards even after losing the competition, certainly adds a fresh dimension to the change over, that spontaneously drives Ryan to confess  his act of making a phone call to the police, in order to  falsely implicate his teacher by using the latter’s mobile phone.The boy’s crying aloud on account of  compunction comes as a genuine follow up, sharply reflecting his sense of shame and guilt. The other unusual aspect of the film is, the avoidance of blaming parental pampering or negligence, as the sole reason for adolescent misbehavior. After watching the film one would certainly carry solid memories of the events on screen, vibrating deeper some where in the mind, accompanied by a sense of fulfilment of  seeing new talents, getting ready to conquer cinema in its original creative form. It is not that easy to forget this film. In this regard  I am sure, the duo Rojin Thomas and Shanil Muhammed have made  a clean start.
=================================0  ============================

An Ever Delightful Malayalam Hero. 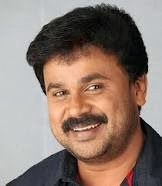 Posted by chandran at 7:45 PM No comments:

The Success Story of Sathya Movies. 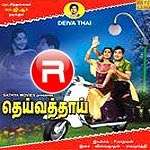 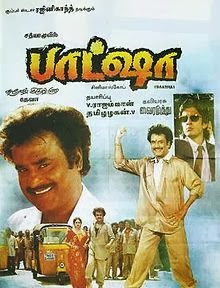 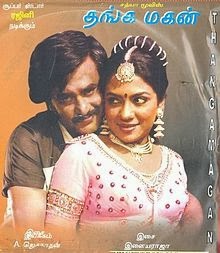