Music as Honey and Breeze. 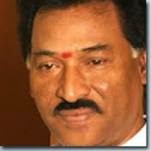 Life’s aesthetics consists of so many factors. Of these, music is one of the most influential forms of aesthetic enrichment. Only music lovers know its core value.As such, music should have dominated human imagination from time immemorial. Consequently, taking cultural and traditional cues from its foundation, music  has preoccupied human minds, generation after generation, incorporating  the changing aspirations and trends of each section of humanity.Music by its originality, has conquered mankind both by its vocal and instrumental strength displayed by different people in different countries. The strength of music has most often outlived time, by its capacity to journey through the human ears. creating moments of personal peace, happiness and solace.

The rhythms, the beats and the melodies of music, have remained as the treasures of fine arts through celebrations of live shows, media transmissions and celluloid augmentation. Films in particular, in almost all human languages, have taken the lead, in preserving and propagating the aesthetic functions of music. Some consider music as the flow of breeze and the fall of honey into their mouth. Tamil films in this regard, are never lagging behind those in other languages. Tamil Cinema holds a very proud position, as the base for the progress and spread of music in its richest form, composed and passed on to music lovers by great music makers .
This blog has already gloried the presence and contribution of several music directors like G.Ramanathan, K.V.Mahadevan, M.S.Viswanathan, T.K.Ramamoorthy, Ilayaraja, A.R.Reheman and many others, through inclusion of independent and collective articles. In this category, music director Deva who has been described in movie circles as a music maker of honey and breeze, also deserves a special place on account of his unique composition of melodies, duets and gana songs.
Deva is one among the modest musical voices of Tamil Cinema, well known for making silent achievements  through sheer dedication. What is extraordinary about him is his periodical award winning songs,  that have placed him far above many under achievers. Though he casually started his career with Ramarajan’s moderate film Manasukketha Maharasa,it is a known fact that the movie is remembered more for the songs than for other aspects.
There are a couple of directors  who gave hits not only because of their qualitative narration, but also because of the most popular music component of those movies. In this regard, Vasanth’s two films Aasai, and Nerukku Ner,S.J.Soorya's Vaali and Kushi as well as Suresh Krishna’s Annamalai and Baasha celebrated their success along with the amazing songs composed by Deva.I think Deva got awards for all the movies excepting Annamalai. The songs in Annamalai were also a special treat. Besides these, Deva  got an award for Prashanth’s first movie Vaikasi Porandhaachu.
Deva has given highly energetic numbers like ‘Vandhenda Paalkaaran’[Annamalai]’Naaan Autokkaaran’ [Baasha] and‘Adhanda Idhanda’[Arunachalam]  that can ignite a spark in everybody through the majestic voice of SPB. Almost all the songs in Aasai, Vaali, Nerukku Ner,Kushi Agathiyan’s Kaadhal Kottai and Gokulathil Seedhai still remain compulsively mesmerizing.Songs such as Panithuli Panithuli'{Aasai},'Manam Virumbudhe'[Nerukku Ner} Vaazhkaiye Porkalam {Vedan}'Megam Karukkudhu''Mottu Onru Malarndhida'{ both from Kushi}'Thangamaganinru Singa Nadaipottu Vandhaan' [Baasha] and 'Aasapatta Ellaathaiyum Kaasirundha Vaangalaam,Ammava Vaanga Mudiyuma’{Viyaabaari} are mind blowing.
Some of the songs shuttling between low and high pitches like Vetri Nichayam[Annamalai} and Kaalamellaam Kaadhal vaazhga[ film with the same title}could pierce the ears for a soul making process.His other most popular song is ''Vellarikkaa' from Kaadhal Kottai.Gana songs like‘Aandaalu' 'Sundakanji soruda’‘kavalai padaahe sagodhara’Salomia' and 'Kothavaal Chhavadi Ladi Koyembedu Vaadi'' continue to ring in our ears. Other heroes whose films have been enriched by Deva’s music are Kamalahasan [Avvai Shanmugi, Pammal K. Sambandham and Panjathandhiram] Sarathkumar [Kattabomman Sooriyan, and Vedan}Vijayakanth {En Aasai Machan Vallarasu,Sokka Thangam, Kallazhagar, and Enga Anna]Prabu {Paanchalankurichi},Karthik Muthuraman{Seenu} and Sathayaraj[Senathipathi and several others] Ajith{ Aasai,Vaali,Kaadhal Kottai, Mugavari and Citizen} and Vijay { Minsaarakkanna and Kushi}.I have included here only a selected list of films.
Deva has never claimed a supreme position as a music composer in Tamil Cinema.But he could effectively transmit the grandeur of tunes to human imagination by rightly gauging audience mood and expectation.In other words, he knew what the audience wanted and gave it in a very simple and acceptable form without pretending to be a classic music composer.It is his humility and the quality of his musical stuff that earned him worthy awards on the deserving side.When M.S.Viswanathan the father figure of Tamil film music, conferred the title 'Honeyed Musical Breeze'on Deva, he perhaps rightly felt that the title would prove to be genuine and perfect, by the standard performance of Deva.
=========================================

Posted by chandran at 7:45 PM No comments: 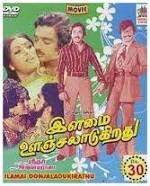 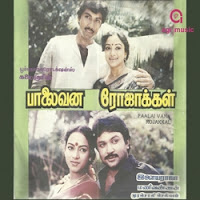