Theme of Love in Tamil Films. 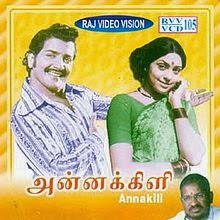 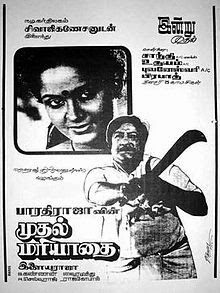 Posted by chandran at 8:20 PM No comments:

The Lamb and Christianity are not only spiritually connected but are also emotionally interrelated. The Christian faith symbolizes the lamb as Christ himself, by its belief that Christ is the Lamb of God. Besides, the Lamb is equated with innocence and the power of salvation through sacrifice.By all means, the Lamb plays a pivotal role in Christianity.
Recently,two films released within a gap of three years had something to do with the Lamb, not only in their titles but also in their representation of ideas and ideals. One was the Dileep starring Malayalam film ‘Marikkundoru Kungnaadu’{Mary Has a Little Lamb} that came in 2010 and the other was the Mysskin film’ Onaayum Aattukkuttiyum’{The Wolf and the Lamb} released in 2013.While the former was out and out a story emanating from a truly Christian background, with a Christian hamlet providing the story base, the latter was not just a thriller, but a bit iconoclastic too, in its evolution of theme and narration.Though the theme  base and mode of narration were different, both these films finally established the supremacy of the Lamb with the force of a lion.
As usual, like most other films of Dileep,‘’Marikkundoru Kungnaadu’’ was also greatly enjoyable with its Dileep ingredients of humour, love, sentiment and action. In addition to these, the main character played by Dileep,was cleanly bound to the Christian ideology of the lamb being meek, innocent and being placed at the altar, often for a sacrifice. The goodness of the Lamb with its immaculate nature, was vindicated solidly at least on two occasions in the film. When the Church father was falsely implicated in a case relating to a nocturnal visit to a woman’s bedroom, Dileep playing the lamb, saved the Father  from the predicament, by accepting the fact that it was he who dressed in the Father's cassock, was in the woman’s bedroom during his visit to meet his lover Mary.Secondly, at the end of the film,when the lost golden cross of the Church was retrieved, one of the two robbers [impressively performed by Biju Menon} who budged to the powerful emotional appeal of the Lamb {Dileep} not to take away the Cross,was not exposed as a partner in the theft and thereby shown mercy and grace, in the name of  the Lord. These two contexts were more than enough, to prove the power of the Lamb and its symbolic significance.
The Tamil thriller ‘’Onaayum Aaattukkuttium’’ starring director Mysskin as the wolf and Sri, as the Lamb, projected the darker side of crime  and macabre adventure, that most often find prominence in many of Mysskin films. Here the Lamb was shown as the typical Saviour, who could gain a lion’s might when it came to dealing with a Satanic mind set.Mysskin’s creative mould is made of sterner stuff with a passion for the darker side of the human psyche and its potential for portending evil. As in some of his earlier films, the devil is punished, here too, with  the glory of the Lamb of God, overpowering and conquering the evil at the end. However, ironically, Mysskin seems to prioritize the presence of more number of wolves in the present day world, through scenes displaying human arrogance, indifference and brutality, in happily witnessing others suffer, shedding blood. May be, this emphasis on lupine crookedness, is a deliberate attempt at spot- lighting the dazzling presence of nobility, however small it might look, in the midst of the massive crowd of wolves. It is finally the victory of the Lamb in the film, that catapulted the supremacy of virtue over vice.
The two films mentioned here, might differ in their story line and style of narration. The Malayalam movie would have drawn more audience because of its openness in presentation and its all pervading entertainment quotient, coupled with the endearing presence of a hero like Dileep,to warm up the audience.But the Tamil film could also definitely reach its targeted audience, through its  departure from the usual cinematic line and cross the barriers of one’s imagination, through its complexities of negative dynamism, surpassed finally, by the positive pro active formulation of the Lamb theory. Both these films would have succeeded in effecting a warming up of the souls of those, who are passionately devoted to Christ and Christianity.
=========================0=========================

Posted by chandran at 5:52 AM No comments:

Directing films speaks of one's frame of mind as well as his creative credentials.In other words, each one expresses their passion for a line of thinking and field of programme with their innate quest for the fulfillment of their cherished and chosen goals.It is the hard core objectives of  film makers, that bestow upon them, a kind of tag or identity of their own.Some choose to entertain; some choose to enlighten.Some prefer to do both.Tamil film industry has an astounding list of renowned directors like A.Bhimsingh, P.Madhavan, A.C.Thirulokchander, K.S.Gopalakrishnan, Krishnan-Panju, K.Balachander,BaluMahendra,J.Mahendran,Barathi Raja,Manirathnam and Shankar among the front liners at various times in the history of film making.Another person who would naturally and without any exaggeration join this line of film directors, is S.P.Muthuraman,an eminent face of Tamil Cinema.
S.P.Muthuraman,like J.Mahendran and [late] A.Rajasekar,is primarily a Rajini film maker. Unlike the other two,S.P.Muthuraman would have made nearly twenty five films of the superstar. He could also be called the foremost director of films from AVM Studios,the biggest and most reputed production house in South India.S.P.Muthuraman's very first film Kanimuthu Paappaa was received with great enthusiasm for its quality of presentation worthy of family watch.The movie starring R.Muthuraman and K.R.Vijaya, had a great story line and was told neatly to cater to the taste orientation of the emotionally genuine Tamil audience.In the high quality list of films directed by S.P Muthuraman, one could find some of the earliest and most decent films of Rajinikanth like Bhuvana Oru Kelvikkuri,Engeyo Kettakural and Aarilirundhu Arubathuvarai and Kamalahasan's early hits like Oru Oothaa Poo Kan Simittugiradhu and actress Sujatha's Mayanguhiraal Oru Maadhu. The last three films in the list fetched him awards from the Film Fare and from the State Govt.of Tamil Nadu.
The most significant factor of S.P.Muthuraman's films was their commercial viability.None of his films could be called a flop.On the other hand quite a number of his films like Rainikanth's Netrikkan, Murattukkalai,Nalaavanukku Nallavan, Manithan, Mr.Barath, Velaikkaran,Raja Chinna Roja, and Kamalahasan's Sagalakala Vallaban,Thoongaadhe Thambi Thoongathe and Uyarndha Ullam were great box office hits and his other movies like Kamal's Enakkul Oruvan and Per Sollum Pillai and Rajini's, Raanuva Veeran, Puthukkavidhai,Adutha Vaarisu,Paayum Puli,Adhisiapiravi,Guru Sishyan, Dharmathin Thalaivan and Pandian were fair shows on the big screen.His other films like Vijayakanth's Dharma Dhevadhai and Nallavan and the Sathyaraj starring Ulagam Pirandhadhu Enakkaaga, also rightly established the success formula of the respective heroes.
Some of the sincerely popularized themes of S.P.Muthuraman's films were family sentiment,the prevalence of goodness in individuals,the right thinking people's inherent quest for justice and the victory of the good over the evil. S.P.Muthuraman would rarely visit negative zones such as hidden crookedness and the motivated aberrations of the human psyche.He had an open approach that dealt with life's realities as he saw them and he presented what he observed with the necessary cinematic ingredients, that would positively win the audience for a compulsive watch of his movies.He has been a film maker with a healthy frame of mind and he would not pretend to be an art film maker.His yardsticks of film making have been very simple and pragmatic and like a medical practitioner whose chief concern would be to heal,this film maker's creative priority has ever been to make the viewers happy.His films would mostly be on expected lines, because he had the set parameters of action display, for the targeted audience.In this regard he was a trustworthy film maker both for the producers and for the viewers.It is this success formula that has helped him to do more number of films for one particular production banner and for one special hero.
Barring Mayanguhiraal Oru Maadhu and Nallavanukku Nallavan,almost all his films were hero-centric.Similarly,Bhuvana Oru Kelvikkuri Engeyo Kettakural,Aarilirundhu Arubadhuvarai  and Nallavanukku Nallavan were perhaps some of his films that had a climax with a tragic note.He has always had an even mix of action,comedy and sentiment and that is why almost all his films reflect an all pervading gusto of entertainment.S.P.Muthuraman has beautifully brought out the humour sense in Rajinikanth in some of his films like Velaikkaran, Adhisiappiravi and Dharmathin Thalaivan.He has equally presented effectively, the sober side of the Superstar's acting in films like Bhuvana Oru Kelvikkuri, Engeyo Ketta Kural, Murattukkalai,Nallavanukku Nallavan, Mr.Barath and Manidhan. Incidentally, it should be mentioned here that S.P.Muthuraman has directed at least four films of Rajinikanth produced by the latter's mentor K.Balachander and they are Pudhu kavidhai, Netrkkan,the super star's one hundredth film Sri Ragavendra  and Velaikkaran.The other film from Balachander's production house that he has directed is Enakkul Oruvan that has Kamalahasan as hero.
Variety,value assessment and volume, have been the triple assets of S.P.Muthuraman.No doubt like his namesake R.Muthuraman, who remained a busy actor at all times,he too remained as the busiest and most buoyant film maker for nearly a quarter century and the fact that the most recent super hit of the superstar,Sivaji was co-produced by S.P.Muthuraman,shows that wherever there is a ray of success sighted, he will be there to ensure the presence of victory. It is this practical foresight, that has made him a stable,steadfast and successful film maker.
====================0====================
Posted by chandran at 7:28 PM No comments: