Mukta Srinivasan,the Ever Modest Film Maker.{Posted again as Homage, on his death on 30th May 2018} 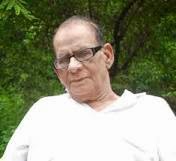 Posted by chandran at 4:39 PM No comments: 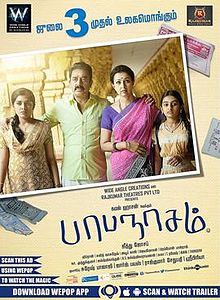 Remakes are not new to Tamil Cinema.Late K.Balaji was reputed for producing Tamil remakes of Hindi and Malayalam films.Some of them like Raja,Engirundho Vandhaal and Vidhi were mega hits. Rajinikanth's Muthu,Chandramugi and Kuselan were remakes of great Malayalam blockbusters of which the first two were remade to suit Rajini's fans with a Mida's touch,though they did not reflect the true spirit of the original.But Kamal's Papanasam,a remake of Mohanlal's most loved and talked about film Drishyam, not only gives an extraordinary feel of the original but has also put up a throw of freshness.The director Jeethu Joseph deserves a special pat, for not letting the remake of his original, deviate from the core dynamism of presentation, besides coming out with a refreshing stage for portrayal of events,scenes,characters and their emotions.The freshness of the film sustains on two counts.
Firstly,Mohanlal's cycle journey has been  suitably accelerated by Kamal's two wheeler TVS moped speed that symbolically augments the speed in narration so as to make a three hour watching of  a lengthy movie into an absorbing experience.Who else other than Kamalahasan could have effectively replaced Mohanlal in a subdued underplay of the role of a hero, as the head of a crisis prone family moving from a calm journey to a stormy struggle? Secondly,unlike Drishyam,Papanasam has two heroes.One is Kamalahasan and the other is the enticing Tirunelveli Tamil dialect.Starting from Kamalahasan, everybody, including Kalabhavan Mani and M.S.Bhaskar, makes the delivery of dialogue so natural that it it literally takes us to the Papanasam routine.
But the impact of Drishyam has been so irretrievably fixed in the minds of the audience that it would be difficult for them to get out of it, for the sake of watching its Tamil Version.Frame by frame the film has been remade with conviction and commitment so as to make a revisit of the original. Though it is a pleasure to see Gowthami back on the big screen, giving a neat and veritable performance as the responsible and loving mother of two daughters,one can not dismiss the fact that she is looking a bit fatigued .One cannot also ignore the temptation to compare her with Meena of the original, whose inspiring looks and  graceful bickering moments with Mohanlal were the bonus scores of Drishyam.A remake is of course a remake.But this is the case of a riveting remake because of Kamal's outstanding performance and his inseparable Tirunelveli slang.I always had a feeling that Kamal has not been focusing on family sentiment.This longing has been fulfilled now,a long time after Mahanadhi.
Posted by chandran at 10:39 PM No comments: 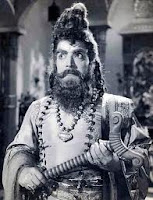 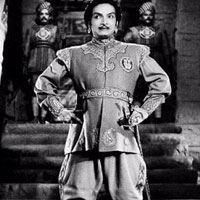 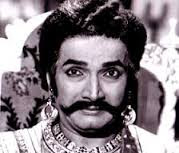 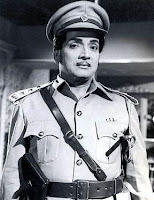 Posted by chandran at 7:07 PM No comments: