The Woman with a face fit for Thrillers. 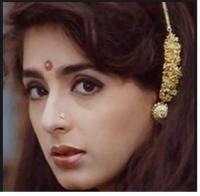 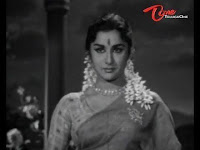 This blog carries several articles on big and small actresses of the Tamil big screen.A special tribute has been made to the sterling celluloid women like T.R.Rajakumari,Padmini, Savitri, Sarojadevi, K.R.Vijaya and J.Jeyalalitha besides acknowledging the extraordinary acting credentials of Radhika, an actress of the new generation.Tamil cinema carries in its historical pages,a charming,graceful and very pleasing actress called Kanchana,who was introduced by none other than Sridhar, one of the most illustrious directors of the Tamil film industry.The film Kadhalaikka Neramillai in which Kanchana made her debut,was a full length comedy and she was paired with R. Muthuraman in that run away hit,released in 1963.
Born as Vasundharadevi in a fairly wealthy family,Kanchana became her screen name.Her next film was Veera Abimanyu, in which she appeared as the most enchanting Uttara, starring with A.V.M Rajan as Abhimanyu.It was a fantastic mythological film in which Gemini Ganesan played the role of Lord Krishna. Kanchana has always remained as the cutest and highly unassuming woman of Tamil cinema.She could fix herself in roles of comedy{Bhama Vijayam and Utharavinri Ulleva,besides Kadhalikka Neramillai} and lovelorn characters {Parakkum Paavai,Naan Yen Pirandhein and Vilayattu Pillai} and that of a trust worthy friend {Thulaabaaram and Avalukkenru Oer Manam}.But the best roles that came in her way were those of a fear struck woman with jittery nerves and horror borne eyes.She proved to be a perfect fiddle for playing characters of timid, unnerved women lacking in courage.
It was the A V M's mega hit thriller Adhe Kangal that first brought out the natural nervousness and timidity in Kanchana, in most of the scenes when sudden stunning events occurred.This thriller was in fact a revenge film depicting a youth in disguise of an old man working as the chef and servant of a rich family purely to indulge in murders of the members of the family,in order to avenge the death of his mother, who was actually set on fire by one of the elders of the family{Kanchana's father}.The movie was rated as one of the best thrillers those days and Kanchana's role play as the most fear ridden girl,deserved a special acknowledge ment for natural role play.She was paired with Ravichandran in this most enjoyed film of the last century .
Following this there came another film Ponnu Maappillai produced by P. S. Veerappa which was also a murder mystery,creating tremulous moments for Kanchana,who played the heroine against Jaishankar. But the most memorable thriller was Shanthi Nilayam in which Kanchana portrayed the role of an orphan  girl put to untold suffering at every stage in her life.Fear and forlorn feelings framed her character with an expression of awe and misery stamped on her face.This film had an indirect lenience to the famous English novel Jane Eyre written by Charlotte Bronte.Gemini Ganesan was the protagonist of the film who was also a victim of desperate circumstances, generating the thriller events of the story.
The film was a great success with the audience,besides fetching a national award for best cinematography.Incidentally,it is quite interesting a fact that this great actress who reliably portrayed the role of the victim of horror also played the agent of horror in the R.R.Pictures' MGR film Parakkum Paavai.The negative role she played as an agent of crime attempting to undo the life of another woman {B.Sarojadevi} just because the man whom she loved was in love with the other woman, dramatically carried the thriller effect of the film until its climax.But still it was difficult to believe that  Kanchana who could only reflect herself as an embodiment of fear, could also secretly work out thrilling moments for others.
Kanchana was both a heroine and a supporting actress.She did not do too many Tamil films.But the movies she did,still stay memorable purely on account of her meekly,beautiful and subdued performance.She has been Director Sridhar's favourite heroine doing about four films including the fabulous film Sivandha Mann which was largely shot abroad and in which she was paired with Chevalier Sivaji Ganesan,after acting as one of his daughters in Gemini Pictures' Motor Sundaram Pillai. Kanchana has appeared in the films of almost all leading heroes like MGR,Sivaji Ganesan,Gemini Ganesan,Jai Shankar,Ravichandran,R.Muthuraman and A.V.M Rajan.Two of her significant last roles were that of Rajinikanth's mother in Johnny and that of a lawyer in Mani Rathnam's Mouna Ragam. Beyond all these details, the fact remains that Kanchana was one of the rarest and naturally beautiful actresses with a face ever ready to display nervousness and fear as child's play.It is this aspect that made her an actor fit for thrillers.
========================================

Posted by chandran at 2:09 PM No comments: 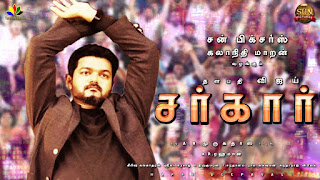 Notwithstanding the plagiarist controversies involved in the story line of Sarkar that had to be resolved after judicial intervention, it has to be emphatically credited that A.R Murugadoss  mostly adheres to a systematic course of narration of events relating to the story,in a perfect and commendable way.Dialogues,choreography,stunts and Vijay's dedicated performance could be called the four pillars of the aesthetic structure of the film into which Rehman's music and the directorial finesse of Murugadoss percolate adequately to make a lengthy film watchable without getting exhausted.

However, this Vijay entertainer seems to carry on its course of display,the style charisma of Thuppaakki,the political uproar of Thalaiva and the tempo of Mersel,which were all the earlier films of this crowd pulling hero.The other enduring fact is that whenever Vijay acts in a Murugadoss film he becomes more a director's actor controlling his passion for a formulaic depiction of character,with punchlines and hero projections. Keerthy Suresh found more scope for performance in Bhairava than here.Though she is seen in most scenes with Vijay her presence speaks of a kind of absence of a pair for Vijay. It is a V versus V film.Though Varalakshmi appears only in less number of scenes she becomes a potential foil for Vijay.The scenes leading to the culmination of this political drama are meaningfully contrived and executed adding quality to the climax.
Comedy interludes might have been irrelevant to a serious film sharply focused on contemporary political events and failures of the electoral system.But still Yogi Babu could have been given a little more  scope for darting his humour shots.It is out and out  a Vijay/ Murugadoss film with even A.R.Reheman not giving the richness of his music that he contributed to Mersel. Radha Ravi's casual performance is always a point of delight.With a slight change in make up this veteran makes his stalwart dad, late M.R.Radha proud. Pazha Karuppiah's villainy would bring to one's mind the role play of Umanath in Mani Ratnam's Agni Natchatram. Before I conclude,I personally felt that if the title of the film Sarkar  had been spelt in Tamil as சர்க்கார் instead of சர்கார்,it would have made us prouder. 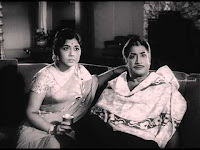 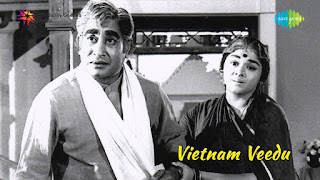 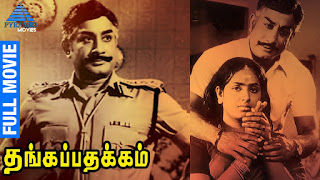 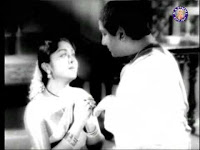 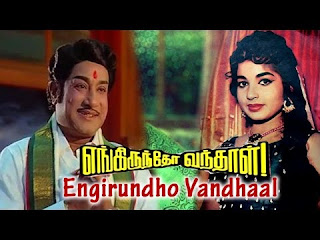