T.R.Mahalingam was an outstanding singer and a graceful actor of the incipient years of Tamil Cinema.His nasal voice was his special attraction.His voice modulation both in dialogue delivery and presentation of vocal music,was always known for its clear and confident deliberation. It was a voice that would categorically reflect the latent and innate spirit of modesty,that is a rare virtue of popularity.As an actor, he was quite compact in every role that was assigned to him.As a singer, he had a great sense of mastery over the musical notes and his mellifluous voice enriched the quality of his songs.
I would have seen only less than ten of the nearly forty films that T.R.Mahalingam had acted. Vedhala Ulagam was the first of his movies I saw.It was followed by Abalai Anjugam, and Aadavandha Deivam. His later roles that attracted me were in Thiruvilaiyaadal and Agathiyar, both directed by A.P.Nagarajan.He had acted in Sri Valli as Lord Muruga and later he also acted in the revised version of another film with the same title in which Sivaji Ganesan played as Lord Muruga. The other memorable films of T.R.Mahalingam were Amudhavalli Maalaiyitta Mangai and Kavalai Illaadha Manithan.
Among the characters he played, he excelled as poet-singer Paana Pathrar of the Paandia Kingdom in Madurai, in 'Thiruvilaiyaadal'. His confession of diffidence in competing in a musical contest with the most reputed but haughty singer Hemanatha Bhagavathar was an unpretentious manifestation of self awareness.It was Pathrar's staunch  faith in Lord Shiva that saved him from the crisis,and T.R.Mahalingam genuinely exhibited his acting credentials in that role, his natural modest attitude making his performance easier. Then as Saint Naradhar in 'Agathiyar',he played a convincing role.The last time I saw him on the big screen was in the A.P.Nagarajan film Raja Raja Chozhan in which he appeared as Karuvur Thevar.
It was always a pleasure to listen to his songs and some of them were uniquely representative of the classic order.Very few people can sing a song like 'Isaithamizh nee Seidha Arum Saadhanai' [Thiruvilaiyaadal] which goes to the extremes of high pitch without a jarring note anywhere.The other captivating song''Illaadhadhum Illai'' from the same film, felicitously travelled from its highest pitch to a mellifluous glide, taking the listeners to the height of fantasy. It was a marvellous throw of voice creating ecstatic moments for the listeners.
Similar devotional songs were, 'Namachivaya ena solvoeme' and 'Isaiyai Thamizhai Iruppavane' from Agathiyar and 'Thanjai Periya Koil' and 'Yedu Thandhaanadi Thillaiyile' from Raja Raja Chozhan. His other most popular numbers are'Senthamizh Theinmozhi yaal' {Maalaiyitta Mangai] and 'Adaikatti vandha nilavo' {Amudhavalli].He was also capable of delivering light minded songs like ''Sottu sottunu sottuthu paaru inge' ''Aasai Konden Amudhame'' and 'Kodi Kodi Inbam Perave' [ all from Aadavandha Dheivam] and 'Vennila Kudai Pidikka' from Abalai Anjugam. The other, audience favoured song was ''Padikka Padikka Nenjil Inikkum Paruvamengal Kaaviyam''from Rathnapuri Ilavarasi.
The voice of T.R.Mahalingam was known for its individuality and its endearing impact.His contribution as a self confident artist during the formative period of Tamil Cinema, was definitely a qualitative addition to its growth- making process.He would not have been a trend setter in histrionics.But his characteristic sway of music and his modesty in role delivery,made him join the list of the front runners,claiming a distinguished position in the annals of Tamil film history.
==============================================
Posted by chandran at 9:00 PM No comments:

The Midas' Touch of Mohan. 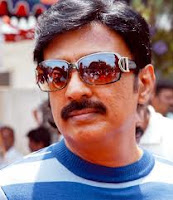 Posted by chandran at 8:38 PM No comments:

The Art of Intolerance Against Films. 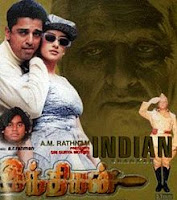 Posted by chandran at 8:41 PM No comments:

Farewell to the Three Dimensional Old Guard of Tamil Cinema..[Revised on 14th July 2015] 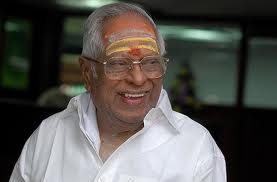 Posted by chandran at 9:34 PM No comments: 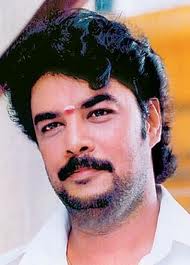 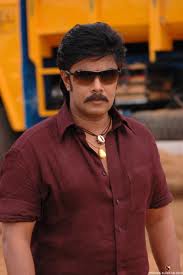 Directing a film means, living up to one's cherished norms of creativity. Every film director is usually focused on themes and genre of presentation closer to their hearts. Some are always bound to an inner voice, that commands them to excel, by doing the extraordinary.For them the cry for originality becomes the only yardstick of creativity.They do not bother about the impact their movies have on the audience.Their creative priority anticipates a sense of fulfilment. But for many in the film industry,their sole objective should be to entertain and keep the audience happy. For such people, film making is like a merry go round, resulting in the transfer of happier moments to a wide section of film viewers. Such film makers are light minded and are happy in making films, not falling into the serious category.Previously C.V.Rajendran and Billa R.Krishna- murthy who worked more for Sujatha Cine Arts movies, were known for their interest in casual narration of stories events and characters.In the recent two decades, Sundar.C has been consistently visiting the humour zone to provide comic relief and joy to an otherwise strained generation.Barring his 'Thalainagaram' which too contained the hilarious scenes of Vadivelu, almost all the films of Sundar .C were devoted to the laughter side.
'Muraimaman' was the debut film of Sundar.C as director.It was the comedy combination of Jeyaram and Goundamani that made it a worthy entertainer.Then came the silver jubilee hit Ullathai Allitha with Karthik Muthuraman and Goundami teaming up for a rip tickling laughter show.The duo then continued their humour gusto in 'Mettukkudi' and 'Unakkaaga Ellaam Unakkaaga' the other two makings of merry minded Sundar.C. Karthik Muthuraman became one of the most favourite actors, for Sundar.C's films like, Azhagaana Naatkal, Kannan Varuvaan and Ullam Kollai Povuthe. The two movies that Sundar.C worked with Prabudeva were Naam Iruvar Namakkiruvar,a memorable romantic comedy and Ullam Kollai Povudhe,a breezy and sensitive narration of romance. Sundar.C has also worked with Sathyaraj twice for Azhagarsamy and Unnai Kan Theduthe. Janakiraman with Sarathkumur doing the hero, was a jovial narration of the hero's deviation from professed bachelorhood towards accepting romance as the enchanting gateway to marriage. He did one movie with Ajith[Unnaithedi] and two each with Arjun [Giri and Chinna]Madhavan[Rendu and Anbe Sivam] and Prashanth [Winner and London]. All these films carried his usual thrust on entertainment and romance. The two popular heroes whose talent Sundar has not  utilized so far, are Ilaya Thalapathi Vijay and Soorya.
Sundar.C 's priority for humour was always characterized by a shift in pattern and performance, besides a prompt change in the type of comedian, to fit into  situations calling for  a twist in focus. For a few films it was Goundamai  and then Vadivelu who took over the show only to be followed by Vivek and then by Santhanam. There were memorable laughter scenes thanks to Vadivelu's demonstration of physical comedy in films like Winner,Giri, London, Rendu and so on.The originality of Sundar.C could be traced in his frequent shift in comedy thrust along with the change of the comedian to perform the hat tricks of humour and offer comic relief with freshness in humour concept and its execution.
When Sundar. C transformed into an actor, he began to project himself as an action hero.In his first movie 'Thalainagaram' he refused to smile in any scene.The seriousness continued in 'Veeraappu',a remake of Malayalam 'Spatikam'.But he began to rely on Vivek to provide the comedy segment in that film. Sundar.C continued to induct Vivek for a few more movies like Ayudham Seivom, Sandai and Aindham Padai. All these films were effortless comedy events celebrated by Sundar.C and Vivek without much exertion for any serious exposition of theme or character. It seemed as if their chief objective was to keep the show going, just for the sake of generating happier moments for the audience.
This light- minded director has come out with one of the best movies of Kamalahasan viz. Anbe Sivam. Right from framing the title down to the clean presentation of a very noble theme followed by remarkable characterization and narration of events Sunder.C made every one understand that if necessary, he too could come with an exemplary film meant for rave reviews and great popular acclaim.The film turned to be a milestone in Sundar.C's career as director. Sundar.C also came out with a popular entertainer with the Super star as Arunachalam,which also happened to be the title of the movie.It was also rich in theme and narration with abundant scope for comedy provided by Setnthil,Janakaraj and Crazy Mohan. There were no sagging moments in the movie and it became a blockbuster as expected.The latest refreshing entertainer was 'Kalagalppu',the title suggesting events full of gusto and the narration of events justifying the title.It was in this movie,Santhanam joined the comedy team of Sundar.C
From most of the movies of Sundar.C,one could make out, that he is a man of mirth and his focus would never tilt towards negative interpretations of life.Pleasantly,his first heroine Kushboo,who is known for her explicit cheerful credentials on screen, joined him as his life partner.His films generally belong to the conventional action-cum-entertainment category and they would rightly fulfill the commercial objectives of making movies.It is an attitude that is down to earth without claiming ever to do the impossible or the unusual on the creative side.So long one aims at the larger section of the audience without any pretension, in terms of one's creative propensities,one is true to the task on hand. Sundar.C belongs to a group of directors who do not want to disappoint the film goers on the entertainment side or put the producers into trouble by draining their finance.His merry go round attitude always makes him the man of the match.
============================0=================================