''Uninspired'' May Be,But Stunning Though. 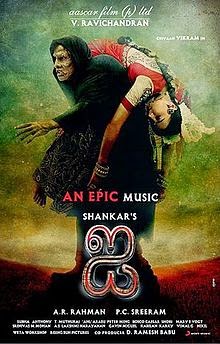 On seeing Shankar's latest film 'I' it struck me that Mr.Baradwaj Rangan was perhaps right in saying in the Cinema Plus Columns of The Hindu,that ''a terrific performance has been let down by an uninspired and exhausting movie''.Note here that he did not call the film uninspiring.A stupendous show of events,extremely dedicated performance by Vikram excelling on several counts, and the equally committed and supportive role performance by others, be it the heroine Amy Jackson or the quadrilateral show of villainy by Suresh Gopi, Ramakumar Ganesan,Ojas Rajani and Upen Patel and the comedian Santhanam, definitely make every frame of the movie excitingly watchable,
A.R.Reheman's 'Merselaaiyittein' will keep ringing in the ears, as the desired tune for quite sometime.But the length of the film could have been pruned by cutting short some of the scenes relating to the transgender expositions, bordering on vulgarity and the last stunt scene on a moving train, between the hero and the modelling rival. Shankar's show has always been a pendulum oscillating between ardent romance and ample social concern.Though the focus has been more on social and political issues embroiled in corruption stories  as exhaustively disposed off in films like Gentleman,Indian, Mudhalvan,Anniyan, and Shivaji, romance has certainly occupied the felicitous imagination of Shankar as diversified, but exotic romantic tales, beautifully narrated through films such as Kaadhalan,Jeans,Endhiran and now ''I''.
One could never spot out any similarity in the story base of any of these romantic narrations, though the Shankar brand of visual ecstasy would remain as the constant enriching factor of all his films.The revolutionary Gentleman,the Patriotic Indian,the politically responsible Mudhalvan and the aggressively righteous Anniyan  as a split personality,took different routes to achieve the extermination of the wrong side of humanity.'Nanban'  was more a satirical piece  without a protagonist to be remembered. Shivaji and Enthiran were more Rajini shows than Shankar's. While Kadhalan depicted the usual power of love over the rule of money and status,Jeans just discussed the twins syndrome.Boys became a robust show of youth. Enthiran established the highly imaginative idea that love could  as well be experienced through a robotic incorporation of the human psyche.
But ''I'' is totally different as a romantic piece. It shows that pure and consummate love always surpasses physical boundaries with a Platonic zeal and it was this concept of love that had endeared  a director like Sridhar,closer to the audience.But what is lacking in ''I'' is the depth in presenting this serene side of romance.The reason might be due to the fact that greater levels of concentration have gone into stunning make up manuals  and a magnificent display of Cinematography.A technically inspired Shankar could have been inspired a little more, in injecting the deeper layers of consummate love.Though not inspired in this regard, the film is definitely inspiring on the track of  technical exuberance and the hunger for performance  concertedly contributed by the Shankar and Vikram team.The adventures undertaken in affording horrid physical transformations to the hero and the villains and  the modules of ridicule presented by Santhanam under the guise of a Press reporter seem to pull the seriousness in narration to a tiresome process.To salute at the grand performance of Shankar and Vikram or to stand dismayed at the horrible sight of disfigured hero and villains is each one's will.
Posted by chandran at 1:49 PM No comments:

The Vibrant Voice of V.S.Raghavan.

V.S.Raghavan,one of the oldest actors,not just by age but by the age old standards and norms of Tamil Cinema, is no more today. He was a spontaneous actor, known for his high sounding voice, carrying its singular modulation,style,felicity and intonation, capable of reaching the audience with its intended effect.The volume of his voice was similar to that of V.K.Ramasamy and  Major Sundarajan, but the delivery mode was uniquely Raghavan's. He was both traditional and modern in outlook and demeanor.As a character actor, he made indelible impressions in quite a number of movies and some of the roles he played carried negative undercurrents, say, as an arrogant or irresponsible elder {Iru Kodugal,Kaaviya Thalavi and Punnagai}At times, he would also be seen as a member of the underworld gang of dons.As a high level police officer and as an aristocratic father, he was always a perfect bet.
V.S.Ragavan would have acted almost with all heroes of different generations.During his film career spread over a period of about six decades,he would have cetainly filled the generation gaps by suitably sharing screen space from MGR,Sivaji and Gemini to the youngest actors of today in films like Saguni,Kalakalappu,Idharkuthaan Aasai Pattaayaa Balakumara and Ou Kanniyum Moonru Kalavaanigalum.Starting his film career as a director,{Chandrika}, he began to act in movies like Vairamaalai,Bommai and so on.The other popular film he directed was Samaya Sanjeevi staring T.R.Ramachandran and M.N.Nambiyaar..
Some of the most popular films of V.S.R are, Kaathirundha Kangal, Karnan, Urimaikural, Kaadhalikka Neamillai.Nenjil Oer Aalayam,Iru Kodugal,Panamaa Paasamaa, Punnagai, Savaale Samaali, and Poovellaam Un Vaasam.V.S.Raghavan has acted both with Rajinikanth {Aaiyiram Jenmangal and Thambikku Endha Ooru}and Kamalahasan{Kalayana Raman, Naanum Oru Thozhilaali and Unnaal Mudiyum Thambi}.Like Major Sundarajan, Raghavan's close team mate and best friend was the most talented comedian Nagesh.
Directors like Sridhar,K.S.Gopalakrishnan and K.Balachander considered Raghavan as a valuable  addition to their films and offered him significant roles which he performed in his inimitable style.One could perceive in his role performance, acting shades of other veteran actors like V.Nagaiah,V.K.Ramasamy and Major Sundarajan.This might be due to the fact that all these great actors moved to the screen from the stage and therefore there was always a meticulously programmed acting pattern in their performance, as actors in plays and films and each one brought into light, their own independent and spontaneous calibre that gave them each, an identity of their own. Raghavan's style of acting could easily penetrate into the deeper layers of the roles allotted to him and his capacity for emoting and delivering his roles with contextual and dramatic efficacy, reflected his tremendous potential, which remained intact, till the last moment of his acting.Both Tamil stage and screen owe a great deal, to this amazing actor of all generations.Perhaps, the incomparable K.Balachander who passed away recently, wanted his soul sustaining companion to stay by his side sooner than later.Here is another vacuum, created by the death of an actor, almost as old as Tamil Cinema, who vibrantly excelled in acting with intelligence,aesthetics and emotion..
===================0====================
Posted by chandran at 10:57 AM No comments:

Not all actors can truly reflect on the screen, a kind of kinship with the rural soil, with attachment and authenticity.Tamil film makers have time and again visited the rural block with meaty script and lovely narration.No one can forget the celebration of village life with all its attractive attributes in the movies of great film makers like A.Bhimsingh,Krishnan Panju,K.S.Gopalakrishnan,Malliam Rajagopal Baharathiraja, and so on.Starting from Sivaji Ganesan and MGR almost every other hero has become unforgettable characters of films based on rural themes and stories. Sivaji Ganesan's Baagapirivinai, Pazhani and Mudhal Mariyadhai are immortal testimonies of life in the villages of Tamil Nadu.But there is one actor who has genuinely displayed himself as the truest son of the rural soil,breathing the rustic air,looking rugged all the while talking the rural slang  eating the way a villager would eat and above all upholding the long cherished values of the traditional village routine,heart and soul. Raj Kiran,the dignified actor,producer and director of films stands unique as the veritable model of the rural realm of Tamil Nadu.
To me Raj Kiran physically resembles P.S.Veerappa,the menacing villain actor of the last century. The bold pair of eyes,the stout physique and certain aspects of facial composition of Raj Kiran bring to my mind a replica of that great actor.What is not there is the intimidating voice throw of P.S.Veerappa with its innate harshness and flair for villainy.Raj Kiran on the other hand,has a soft but very firm voice mode, capable of threatening the opponent with an upright force and ferocity.His dialogue delivery is of a distinct pattern with self made intonation and modulation devices to suit his absence of openness in uttering dialogues.One could see a kind of inherent impediment in speech which he successfully overcomes by his self conscious and planned approach to dialogue delivery.On the whole, quite surprisingly,it is his singular way of delivering dialogue that sets into motion his very impressive portrayal of character in its original form.
Raj Kiran initially opened his innings in Tamil Cinema as a producer giving us the two fairly popular Ramarajan films Raasaave Unna Nambi and Enne Petha Raasaa.He also made an appearance in these films.Then perhaps he would have thought that he himself could grease the paint and turn hero.This resulted in his self- produced movies En Raasaavin Manasile,Arnmanaikkili and Ellaame En Raasaadhaan of which the first one,a silver jubilee hit,was directed by Kasturi Raaja.The other two films were directed by Raj Kiran himself and they too were grand shows.It was the role of an irresponsible lout, with a  rough and tough exterior masking a soft and lovable inner self, that he played in all these films.He would be an indifferent husband or a rowdy,and a gambler but basically good at heart with a lot of love for his mother and wife hidden inside.These roles were a cake walk for him and his rugged looks made his role performance as spontaneous as possible.
After these hits came Manickam  which was a moderate show. Raj Kiran came in the other two films Ponnu Vilayura Bhoomi and Veera Thaalaattu  directed by Kastoori Raja. Later he was associated with director Cheran for his popular films Paandavar Bhoomi and Thavamaai Thavam irundhu. From a hero to character role performance it appeared to be a smooth transition for Raj Kiran and directors like Cheran, Baala[Nanda}Lingusaamy{Sandakkozhi}Hari{ Koil and Vengai} L.Vijay {Kireedom}Siddique {Kaavalan}and P.Vasu{Thottaal Poo Malarum}have brought out the best acting stuff  in Raj Kiran.In most of these films Raj Kiran has donned the role of a village chieftain in the manner of Sivaji Ganesan and Vijyakumar. He has been an award winner for essaying supportive character roles,several times.With an obviously rugged exterior it is not that easy to switch over from stiffer deliberations to meek and modest portrayals.
Raj Kiran has been simultaneously successful in this regard and films like Sandakkozhi,Thavamaai Thava mirundhu,Kireedom Kaavalan and the latest Manjapai  would clearly vindicate his amazing potential for performing the character of an estimable and dignified elder, solely representing the rural soil.His performance in the film Manjapai was so true to life that it beautifully and poignantly presented the plight of a village elder caught unawares, in an antithetical urban environment.Besides charmingly presenting the deeper emotional intimacy between a grandfather and his grandson,the film authentically presented the hard core traditional moorings of  a man, feeling uncomfortable in a city, while at the same time not hesitating to join the urban routine with his deep rooted rural values.His ultimate success in winning the hearts of the urban middle class, makes him not only the protagonist of the film but establishes Raj Kiran's position as Tamil Cinema's true rustic face.I am sure the audience would eagerly look forward to his usually and singularly sterling performance, in the upcoming movie Komban to be released on the Pongal day,15th Jan,2015..
===================0====================
Posted by chandran at 2:43 PM No comments: 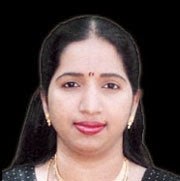 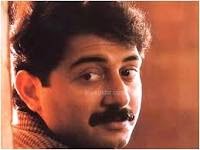