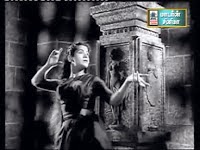 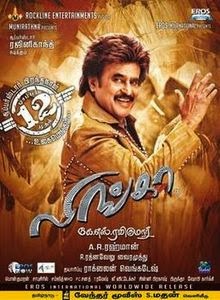 Style and energy have always remained the Superstar's invincible assets that have taken him closer to his ardent fans.Despite ageing,the energy levels of Rajini remain as a source of grandeur in Rocky Venkatesh's Linga. This Rajini birthday gift celebrates the Rajini package of action, humour, philosophy, punch dialogues and exuberant delivery of role play, thanks to the  ever sparkling contribution of Rajinikanth, convincing direction of bustling K.S.Ravikumar,the scintillating musical component of A.R.Rahman and the  aesthetic cinematography of R.Rathnavelu. K.S.Ravikumar, best known for keeping the tempo of his films without sagging at any point, does the hat trick here too.As usual, he carries a huge load of cast on his shoulders, that include the regular Rajini additions of Vijayakumar,Nizhalgal Ravi and Radha Ravi and the director's pet actors like Anu Mohan and,R.Sundarajan.The latter's scheming  wolfish villainy needs a special mention. Besides, we have sweet additions like Ilavarasu and Manobala.The two heroines Sonakshi  and Anushka passionately represent the traditional and modern charm of womanhood. in their respective roles. Rehaman's 'Indiane vaa' is a beautiful number to repeat.
The gusto of humour in the initial scenes is rejuvenating.The jewel theft scene makes a special impact with speed,subtle touches of romance and vibrant comedy.The arrival of Collector Rajini on a locomotive, with adequately animated stunt sequences ask for a gripping watch.There is crowd. There is crow behaviour too.Trust and mistrust keep shuffling as indicators of mob mood vagaries. Collector Ligeswaran's royal sacrifices,his reflections on wealth and mortality and his challenges to the British collector- cum -watch dog, seem to create the mood of watching a few poignant scenes from Muthu{a film of epic grandeur} and Padayappa once again.The climax stunt between Rajini and Jagapathi Babu though incredible to a great extent, evokes a 'willing suspension of disbelief'. K.S.Ravikumar's smart appearance in the climax effectively gives the finishing touch with a bang.On the whole this Rajini K.S.Ravikumar joint show establishes its dynamic reach for the third time.
It is good that Rajini never wants to disappoint his devoted fans.It would be a happy moment for others, to get a chance of revisiting the Rajini of undying films like Bhuvana Oru Kelvikkuri,Engeyo Ketta Kural and Aarilirundhu Arubadhu Varai. Rajini being a combination of MGR and Sivaji Ganesan can definitely give a feel of satisfaction for many among the audience, eagerly waiting for his  other brilliant side of acting.It is high time Rajini thought of playing emphatic elderly roles like the Chevalier besides following the MGR thumb rule of being an eternal young hero,singing and dancing with pretty young heroines.. Linga no doubt is a special birthday gift from the superstar.
=======================0===================
Posted by chandran at 1:48 PM No comments: