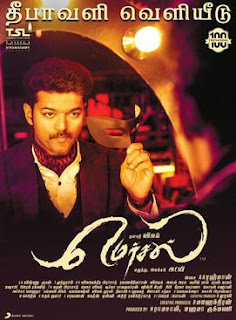 In memory of the
Chevalier 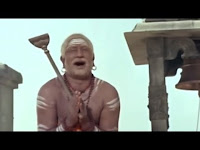 A Mellifluous Malayalam Actor.{Reposted on 11th October 2021,as homage to the fabulous actor} There are voices that vibrate like that of the Superstar, Rajinikanth.There are voices that conquer our ears in a mighty majestic frame, like that of Sivaji Ganeasan. But there are mellifluous musical voices too, that do not sing, but deliver dialogues in a soothing manner, making the hearing process a wonderful experience.If in Tamil films,we have had such a voice in Muthuraman,in Malayalam cinema it is the enchanting voice of Nedumudi Venu,that creates a mellifluous effect.Never in his dialogue delivery does Venu hurt the ears.The more he talks,the more lovely it is, to listen to him.It is not just an anguished tone but is also one of contextual control and authority.Besides,it is also a reassuring voice,a voice ever willing to comfort and console.
I have not seen too many movies of this winsome character actor.The first time I saw him was in Fazil's film Manjil Viringna Pookal {Incidentally it was Mohanlal's debut film too}.This was followed by Bharathan's Vishaali. Nedumudi Venu has been the most favored character actor in many of the films of Mohanlal.The list of films that I watched,would include Mohanlal's great hits like Chitram, HisHighness Abdullah, Thalavattam,Then Maavin Kombath,Thacholi Verghese Checkavar,Bharatham Chathurangam,Akkare,Uncle Bun, Kaakka Kuyil,Madampi, AkkareAkkareAkkare, Devasuram,Spadikam,Thandavam Life is Beautiful, Manichitrathaazh,Nirnayam, Mithunam, Pavithram,Alexander the great and the latest was Oppam.
With Mammootty,Venu's entries do not appear to be many.I could only recall films like Lekheyude Maranam Oru Flash back,The King and the Commissioner and the most memorable Prajabadhi in which Nedumudi Venu played a very impressive, villain role.It is  difficult to imagine Venu in a baddie role,because his profile and pattern of acting would resemble those of the venerable Telugu and Tamil actor V.Nagaiah of the last century,who could breezily fit into lovable character roles.But Venu excelled as a villain too, making indelible impressions in every scene of the movie.
Nedumudi Venu also seems to have found space in a good number of films with Dileep playing the lead.The latter's films like Ishtam,Vettam,Vinodha Yaatra,Maya Mohini,Sringaara Velan, Mr.Marumagan,Nadodi Mannan and Villaali Veeran had a notable role play for Nedumudi Venu.The first three films in the list, would find a special place in Venu's career.I am not here to talk about the favorable position that Venu enjoys with the heroes of Malayalam Cinema.But I am here, to categorically state,that Venu has certainly demonstrated an endearing camaraderie and warmth with Mohanlal in films like Chitram,Thenmaavin Kombath,Bharadham and Oppam. The team spirit between these two actors could be reasonably compared to the endearing rapport between Sivaji Ganesan and R.Muthuraman.
What makes Nedumudi Venu as one of the true faces of Malayalam Cinema,is the element of poise in his delivery of characterization in almost all his films and the natural way he embraces his characters, without violating the yardsticks of realistic presentation of character portrayal, that always forms an integral formula of Malayalam film making.
The fact that Venu was associated even at the start of his career,with distinguished men of the Malayalam film industry,like actor Bharath Gopi and directors G.Aravindhan and Padmarajan is an indicator of the creative stuff that Nedumudi Venu is made of.His entire career has come under the aesthetic scanner of fine film makers of Malayalam Cinema,like Bharathan G.Aravindhan, I.V.Sasi Padmarajan, Sathyan Andhikkad,M.T.Vasudevan Nair,Fazil,Pryadharshan,Sibi Malayil and so on.
Nedumudi Venu's under play of characters and avoidance of melodramatic traits in acting, have secured him a prestigious position in Malayalam Cinema.Venu has also done a few Tamil films of which Indian and Anniyan directed by Shankar need a special mention.In certain frames,his grasp of role and the anguished tone in acting, might carry a semblance of Late Murali's style of deliberation. But Murali's show was always of a sober type. Whereas,Venu would spontaneously reflect a comedy flair wherever necessary, without deterring the dignity of the role he is vested with.
Beyond his ever controlled body language,it is his perfectly captivating voice mould, blended with a unique kind of rhythm and flawless intonation of utterances,that crisply carry his roles closer to the audience.I love his voice and I can imagine his right mode of acting, just by listening to his mellifluous voice and the singular effect it creates,on his subtle depiction of the character that he naturally dons and neatly delivers.He is certainly one of the most blessed actors of Malayalam cinema.
PS:-With the passing away of Nedumudi Venu today,Malayalam cinema has lost yet another solid actor like the late Thilagan.This blog writer shares the grief of everyone in the field of Malayalam cinema.May his beloved soul rest in peace.
Posted by chandran at 7:53 PM No comments: