The warring brothers-in-law on the Tamil big screen 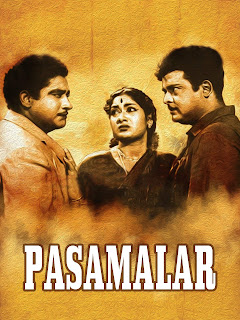 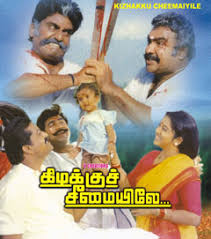 Extended family relationships are not built on strong foundations,in all countries.India is one of the few countries,celebrating and at times,even taking the liberty of censuring,extended relationships.Besides parents and children, wives and husbands, the most interesting and strongest relationship in any extended family,is that of brothers-in-law,in many families.In this regard,wives' brothers who become the brothers-in-law of husbands, play a more dominant role in intra family issues,than the husbands'brothers, who happen to be wives' brothers-in- law.As a matter of fact,wives' younger brothers are rather controlled by wives and husbands, unlke wives'elder brothers,who assume certain decison making powers,in their sisters' family affairs. Whether a brother-in-law's contribution is as a facilitator or irritant, depends upon the emotional bonding in the respective families.

It was the film Paasamalar released in 1961, that first effectively portrayed the competitive and surrendering moodswings,between the most affectionate elder brother of his soul-making sister and his sister's husband,the double-minded brother-in- law. What a high brand of emotional drama it was! How much of profound emotional anguish,it would have caused in the minds of the viewers!.

The unstable mindset of the brother in law,ultimately led to the simultaneous death of the elder brother and his sister,with their fraternal bonding staying inseparable,and the umbilical cord tightening that bond even in the death of the siblings.Sivaji Ganesan as the elder brother,Savithri as his most loved sister and Gemini Ganesan as the indecisive brother-in law,are the immortal characters of an immortal film.

A.Bhimsingh,the ace film maker of a quarter century,made the film more as an epic of fraternal bond,staying unbeatable on account of the unique link of the umbilical cord.The intermittent quarrels between the two brothers in law,ultimately submerged into an ocean of sibling sentiments.

Two decades after the release of Paasamalar,came the film Thangaikor Geetham,{1983} showcasing a poor elder brother,struggling to bring up his younger sister,in the midst of his irresponsible father and and indifferent step mother. Though he was straight forward,he was forced to fall into thuggery and the events that followed pointedly displayed,the conflicting moments,creating a tug of war between the elder brother and his brother in law-cum cop,who had a lot of concern for the poor.In fact,he married the protagonist's sister with that principle in mind.But after his marriage,the cop brother-in-law came to know his wife's previous love affair,with a worthless womanizer,as well as the hero's entanglement with the under world.

The film then goes on a high voltage emotional drama,involving the warring brothers-in-law and the plight of the woman caught in between them.T.Rajender who directed the film and acted as the elder brother made it a successful film,with the convincing roleplay of Nalini as the younger sister,Sivakumar as the steadfast brother-in-law in police uniform and Anand Babu as the feigning flirt.

Again after a decade,Bharati Raja came out with his powerful film Kizhakku Cheemaiyile,with Vijayakumar as the dynamic elder brother Mayandi,Radhika as Virumayee,the docile and darling sister of Vijayakumar and Napoleon as Sivanandi, the quarrelsome brother-in-law.Unlike the other two films,it was an enchanting rural tale,with an outstanding village locale and taunting Tamil dialect,taking the film closer to the hearts of the viewers,with the cultural undertones of a noted community.

All the three characters tried to outshine one another.But it was Radhika who took the film to its height of emotional grandeur.The climax of the film which showed her falling dead in the hands of her brother,made the film rest in the hearts of viewers with a load of agony.The ugly fact of the entire scuffle between the two brothers-in-law was that,it rose from a petty incident,maliciously planned by Periya Karuppu who hated Sivanandi.

The gripping climax also showed Virumayee removing her marriage tie and declaring her marriage null and void, because her husband attempted to kill her brother.She happily acknowledged that luckily she came in between them,to save her brother's life by giving hers.Kizhakku Cheemaiyile thus proved to a great show in theaters, demonstrating the inimitable directorial merits of Bharathiraja.

The climax was an august show of the elegant coming together of the brothers-in-law,with all issues resolved amicably, without spoiling anybody's interest. Vijayakanth and Uma were shown as amazing siblings,with practical perceptions of emotional bonding cutely evinced by Uma. Praksh Raj had nothing more to focus on his sister,other than healing the wounds of her broken marriage,following the death of her just-married husband.He thought a remarriage was the practicable solution to bring cheer to his sister.

The grandeur of the film existed on its decent script and narration,smartly executed by the veteran film maker Bagyaraj.It was a clean movie with occasional bickerings controlled by refined verbal exchanges,between the two brothers in law.It turned out to be another great film of Vijayakanth with the smart role play of Prakash Raj,Uma and Soundharya{as Vijayakanth's pair}.Sokka Thangam too had a rural storyline.

The latest warring brothers were Pasupathi and Vijay Sethupathi in the film Karuppan made by R.Panneerselvam.It was an action packed rural drama with the usual robust mischief in character portrayal of Vijay Sethpathi and the stony Pasupathi,with a heart breezily beating for his younger sister,lovably performed by Tanya Ravichandran.It was a real battle of physique between the two brothers-in-law. But the battle was based on the fire fuelled by the evil designs of Bobby Simha,the younger brother of Pasupathi's wife Kaveri.

All this flammable material was born of an intense one side love that Bobby had for Pasupathi's sister.Karuppan could be called the story of three brothers in law,two warring and the third triggering their wars.Karuppan was a captivating film,reflecting both rural and romantic mindsets by connecting the events without any loophole.The film had a perfect fusion of the dramatic links,with fascinating frills.When the climaxt displayed Kavery killing her younger brother and the two warring brothers-in-law vying with each other to own the killing,it was Pasupathi who won the battle,by going to jail for the sake of his wife.Karuppan was really one of the best films of Vijay Sethupathi.

After Karuppan,there was the film Sigappu Manjal Pachai which depicted the war between an elder and younger brother in law in a lighter vein.The younger brother in law who was the possessive younger brother of a woman,did not want his sister to marry the guy hated by him. His hatred for the prospective husband of his sister was born of an earlier incident involving the duo.His sister's proposed bridegroom who was a traffic cop had insulted him for a case of traffic violation by stripping his clothes.Though later on his sister's fiance was trying to mend matters, he could not accept him as his sister's husband.When his sister married his rival much against her promise that she would never marry any one against his wish,he began to hate his sister too.The subsequent incidents made the film an action packed one with enjoyable events.

There would be other films too, measuring the depth of extended family relations especially those of brothers-in-law.But this blog has focussed only on the creamy stuff of warring brothers-in-law, who battled forcefully,either with good intendions or malign motives.