The Three Musketeers around Sivaji Ganesan 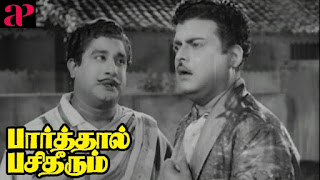 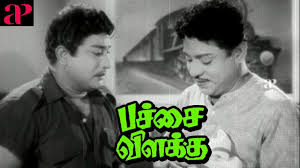 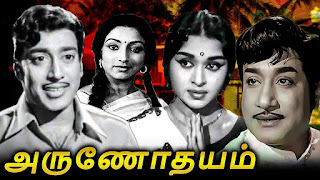 One who knows how to perform well,enjoys others'performing well.Sivaji Ganesan had always been this kind of performer.He was not just a hero,but a critic of his own acting.He was the rarest kind of actor, who used to give compact and convincing space for others to demonstrate their strength as individual performers.He was never scared of other talents competing with him, because he knew where his space was and what of stuff  he stuff was.

An actor like the Chevalier who was the embodiment of self confidence and self effacement,was the greatest gift of Tamil cinema.Unlike MGR, who was focused on the image of the dauntless hero,Sivaji Ganesan's acting zeal spread to the vast section of humanity,imbibing the inner layers of character, of a variety of  human beings in real life.Sivaji was the cluster of humanity and the galaxy of absolute human emotions.It was this extraordinary brand of Tamil Cinema,that still keeps haunting the imagination of film lovers and adorers of the silver screen.

As said in the introductory part of this post, Sivaji happily included almost all heroes of his times and those belonging to his successive generations to co-operate and compete with him and even outshine him in his films.MGR who had his self defined concept of the hero,acted in a single movie{Koondukkili}with Sivaji Ganesan who did not shun the opportunity of performing the role of an anti hero,in that film.But there were three dynamic heroes who happily joined Sivaji's band wagon in as many movies as possible and these three musketeers were Gemini Ganesan, S.S.Rajendran and R.Muthuraman.All these amazing faces of Tamil Cinema are no more today, leaving us their abundant memories,to be chewed and enjoyed,as radiant reminiscences.

Of the three musketeers who found a bonding with Sivaji Ganesan on the big screen,Gemini Ganesan was the oldest,followed by the dazzling Dravidian hero S.S.R and then by R.Muthuraman the youngest among the three,who is ever recalled with his sobriquet Navarasa Nayagan.But unfortunately,the last one was the first to leave the world,followed by Gemini Gaesan.S.S.R was the last to bid good bye to us.The centre figure Sivaji Ganesan who was born {1928}more than seven years after Gemini Ganesan{1920} and a few months after S.S.R{1928} passed away in 2001, preceded by R.Muthuraman{1981}and followed by Gemini Ganesan {2004}and S.S.R.{2014}.

Without undermining the contemorary technological developments taking the global film industry into astounding heights,it should be humbly stated that cinema in general and Tamil cinema in particular,stoutly stood at its upscale in the Nineteen Nineties with exalting creative dimensions at all levels,especially in directorial expertise,dialogue efficacy, choregraphic excellence,musical might and above all in thespian task management.Pages of dialogues had to be memorised and delivered without violating the contextual demands duly supported by facial expressions and body endorsements.All the actors of this period,passed out this acid test.

Gemini Ganesan was senior to the Chevalier not only in age but also by his time of entry into Tamil cinema.It should be frankly stated that Gemini Ganesan was not an all rounder like the other Ganesan.But he always remained as the truest romantic face of Tamil cinema with his enchantincly sweet voice, letting women characters fall into his hands.His first film was Miss.Malini released in 1947;but Sivaji Ganesan came with a bang in Parasakthi and in his very first film he had S.S.Rajendran playing the role of one of his elder brothers.Moreover, Parasakthi was the first film for S.S.R also. Whereas,Gemini's first film with Sivaji was Pennin Perumai,in which the former was cast as a vulnerable elder brother facing the brunt of his half brother,smartly played by the Chevalier.

In most of the family dramas and films with social themes, the duo were seen as brothers or as close friends.Their films under the direction of veteran film maker A.Bhimsingh were the best in the lot.Interestingly,while Sivaji played Gemini's younger brother in Paava Mannippu,it was vice versa in Bhandha Paasam.In most of these films, these two heroes as characters,were kept under a cloud of suspicion or misunderstanding,about the bonafides of other. It was mostly Sivaji Ganesan who would be the victim of such circumstances.At times,it also made them perform as rivals.But all this set aside, what a kind of bonhomie that always prevailed in their joint performance, making their movies as memory's treasures.It was this healthiest rapport between them,that enriched the quality of their films those days.

The other films of these two amenable actors were Manohara,Panam,Petra Manam, Kungumam and Sandhi.SSR also played a negative role against Sivaji Ganesan in Raja Rani.Like the duo Gemini and Sivaji,S,S.R.and Sivaji also had emotionally turbulent moments taking them to a warring mood.Dheiva Piravi was one such film,in which S.S.R had to get into a scuffle with Sivaji Ganesan,when the latter suspected the fidelity of his wife Padmini,who was also the elder sister of Rajendran.S.S.R's scintillating and smart dialogue utterances,were always a treat to watch and both these heroes had an infallible grip over their stage acting experiences and took them perfectly into the celluloid mode with brilliance and fanfare. Especially,when these two actors happened to utter the dialogues of Kalaignar,Tamil in spoken form,became a facinating bonanza,thanks to the trio.

This post has purely focused on repeated entries made by these three heoes in the films of Sivai Ganesan.The other point that needs a special mention is that,all these three heroes had found least space in MGR films.While Gemini Ganesan was seen with MGR only in Mukarasi,S.S.R came in two of MGR films{Raja Dhesingu and Kanchi Thalaivan}. Proportionately Muthuraman found a little more space in MGR films like Kannan En Kadhalan,Oruthai Makkal and En Annan.

To sum up,the three muskateers vibrantly took part in many Sivaji Ganesan films with the sheer faith that in his films they would be given their space and even allowed to surpass the timeless hero if necessary,because even a character and villain actor like OAK Devar had the pleasure of his role performance being loved and admired by a higly meritorious hero like Sivaji Ganesan. While giving due credit to the three muskateers, the ultimate credit goes to Sivaji Ganesan,the ever accommodative,incomparable and invincible hero of Tamil Cinema.