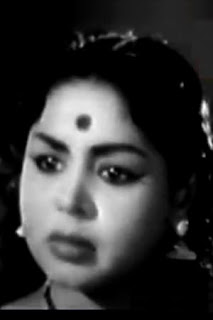 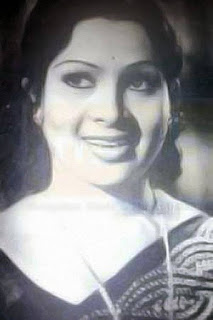 Usually most of the actresses of Tamil cinema have been from the other South Indian regions like Malayalam,Telugu and Kannada cinema.Many of them continued to find a lasting place in the minds of the audience and became part and parcel of Tamil cinema.Only a few women from the Tamil soil stepped into the film world and carved a niche for themselves.While T.R.Raja kumari who contributed significantly to the Tamil film industry in the Nineteen forties and fifties hailed from Thanjavur,the other two great actresses C.R.Vijayakumari and Pushplatha were both born in Mettupalayam,Coimbatore.In this conncetion,there are two women bearing the same name Sakunthala with their intitlas G and A.While G.Sakunthala was from Sirkazhi Taluk of the early unified Thanjavur district,A.Sakunthala came from Arisipalayam of the Salem district. Besides being absolute Tamils,they carry not only the same name but also a few similarities in their acting profiles.

Both G.Sakunthala and A.Sakunthala were potential performers of negative roles,conspiring against others and spitting malice and venom in their dialogues.G.Sakunthala first did the role of a dancing girl steppig into the peaceful life of a fairly rich landlord,by alluring him to fall into her voluptuous schemes with the help of her own man.The film was Vazhavaitha Dheivam,produced by Devar films and directed by M.A.Thirumugam.S.V.Subbaiah was the rich farmer who went astray deserting his family to fulfill his concubine's demand.Gemini Ganesan played the role of the farmer's son and was paired with Sarojadevi,with P.Kannaamba playing a very compact role as the dutiful wife of an erring family head.

After this G.Sakunthala played the roles of a victim and agent of evil designs as well as memorable character roles.With her bold eyes and commanding voice and with absolute clarity in dialogue delivery she was one of the most impressives actresses of Tamil Cinema.It was this special trait that made her don the role of a queen,in films like Kanchi Thalaivan,Vilayattu Pillai and Neerum Neruppum.

A.Sakunthala's ruthless negative role was in Muktha Films' Thavapudhalvan in which she took advantage of the evening blindness of Sivaji Ganesan,who wanted to hide the fact of his health issue from his mother.She exploited this predicament of the hero,by threatening him every time that she would disclose this bitter fact to his mother.She played the role of a vamp in Bharatha Vilas and attempted to extract money from him,by conniving with her lover,to take a photo showing her and Sivaji Ganesa, in a compromising posture.In both the films the role assigned to her was that of a woman exploiting the wealth and weakness of men.

The namesake actresses could almost be called contemporary actors with a gap of less than a decade in their time of entry into Tamil cinema.Both were known for their sharp and striking delivery of Tamil dialogues.While G.Sakunthala could be called a favourite addition in the films of MGR,A.Sakunthala had a considerable patronage of Sivaji Ganesan in his films.However,for playing historical and mythological roles G.Sakunthala was a better bet than A.Sakunthala.In terms of voluminous contribution,definitely G.Sakunthala could be said to have surpassed her namesake.But in quality of performance both these women could be found to weigh their acting skills and dedication to the stage and screen with equal power,poise and perfection.