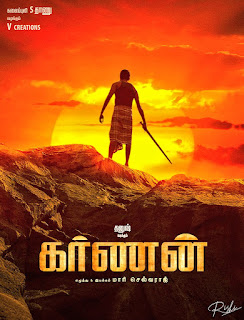 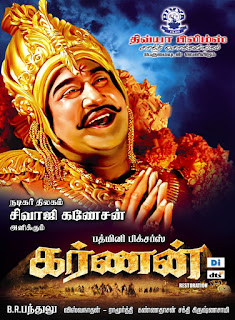 The Karnan concept is both a myth and reality like the concept of karma.According to the American spiritual author and motivational speaker Wayne Walter Dyer,"how others treat you is their karma and how you react is your karma "This comes somewhere closer to Newton's third law of motion "For every action there is an equal and opposite reaction".Be it an epic character like the Karnan of the Mahabharatha or any Karnan deprived of parental protection and responsibility as we saw in Arjun's film Karna,or any society left in the lurch by caste stigma and police brutality that we watched in the just released Danush starring Karnan made by Mari Selvaraj,one could see the unfailing course of Karma or the action reaction cycle.

The Karna concept is nothing but the deep cry and anguish of a soul or the agony of collective consciousness,that has undergone either personal or social abandonment.The abandonment theory includes the cycle of how badly one has been treated and how strongly one reacts.When we talk about this kind of a heart rending subject,it is difficult to draw a line between an epic and a personal or social reality.When a personal or collective human experience inspires everybody in the form of a monumental literay piece or film presentation,it could be called an epic in art form on account of its creative grandeur and narration of events.No epic can happen without the courage of the human soul surcharging the body,to resist injustice by its power of self dignity, paraded through physical might.

World's greatest epics like Homer's Odyssey and Iliad,Virgil's Aneid and Milton's Paradise Lost written in Greek,Latin and English respectively,are all illustrious samples of the power of the human soul,overwhleming its body,through the dynamism of bravery and sacrifice.The Hindu epics like the Mahabharadha and The Ramayana celebrate the grandeur of the human soul in determining the right and wrong paths of mankind's journey towards the achievement of right goals and atonement of the soul for wrong deeds.

Both these epics talk about the intervention of God in the process of laying the right exits from the wrong roads of the human journey,through incarnation of God in human form.The epic events narrated by different authors do not seem to agree in their totality in fixing the pointers of what is right and what is wrong.Hence interpretation of the tone of epics of different authors,also carries a symbiotic difference,in tune with the focus on events established by the authors.

If we take the Karnan character in the Mahabharatha,the one obviously striking point is the exploitation of the vulnerable generosity and charity of the abandoned child of the Sun and Kundhidevi.Being let down by parental responsibility,Karna the forlorn half brother of the Pandavas chooses to be the trusted cousin of the Kauravas.He is by all means right,in teaming up with his wrong cousins,after being wronged by those who gave birth to him and after not being suitably recognized by his half brothers.But the role of God in human incarnation,is on a mission to weaken the physical might of Karna,by plucking out the positives of his soul,purely in order to exterminate the wrongs of the Kauravas.

In doing this the God incarnation does not fail to acknowledge the guilt of the manipulative course adopted,to enervate the might of the abandoned soul,through backdoor means.This implants the root of the epic deep into the soil,with profound layers of betrayal,to weaken the half brother of the Pandavas,so as to enable them to win over their arch rival cousins,the Kauravas.It could also be interpreted as retribution hitting an unforgivable sin,in the form of the mightiest Karna,putting Kundhi devi and her sons into a demoralising predicament.

The character of Karnan remains wronged from the beginning till the end.Every epic looks for a cathartic touch.In the Mahabharatha it is the character of Karnan that provides the cathartic component.In this respect,Karna could be seen as outshining the rest of the characters of the epic.Padmini pictures' Karnan' brilliantly exhibited the charisma of this character and in doing this role,Sivaji Ganesan excelled as the truest portrait of the character,to be cherished in audience memory for ever.The release of the film Karnan proved to me a moment of crowning glory for Tamil Cinema and we can hardly visualize the portrait of this epic hero,without fixing the figure of the Chevalier in that frame.

Arjun's film Karna directed by Selva,was the tale of a disabled son,abandoned by his cop father due to the fear of disgrace that would fall upon him for being the father of a disabled son.The abandoned kid who was one of the twins born of the police officer,later became a very successful criminal lawyer.As the tables turned the police father had to fall at the mercy of his physically challenged,deserted son,to bring to book a notorious gang of criminals.The film also showed the abandoned Karna joining the wrong side against justice for a while,to avenge his unkind abandonement. However,at the end of the film,the father and son came together,to fight against the wicked block and made their united footprints on the pathway to justice.The film was more an action drama,though it justified the title,by visibly reflecting the abandonment syndrome.

Karnan of Mari Selvaraj has come out with a mind blowing show of an epic like battle between an under privileged tribal section of a village and the cruelly oppressive'upper castes' and the police.What is unique about the film is the stunning cinematography, photographically travelling into the daily time zone of the tribal routine,with utmost accuracy,subtlety and substance, as passionately as passible.Each character in the fighting group is exsquisitely carved and each actor fills the character, without even an iota of artificiality.The more interesting factor is the big epic names given to the villagers,like Dhuriyodhanan {G.M.Kumar}Abimanyu {Shanmuga Rajan} and Draupathi {Rajisha Vijayan} besides the protagonist Karnan {Danush}, with a deliberate thrust on the Karnan concept as well as the Karma theory. .

All actors live up to their roles and a special mention needs to be made about Lal Paul for his most dynamic roleplay as the grandsire.Imageries such as a donkey with its front leg in fetters denoting the bondage of the tribal folk,the lone horse groomed by a village urchin as a mode of preparing the village for a war against the oppressing class and a typically rustic doll symbolizing the epilepsy ridden younger sister of Karnan,who is shown as lying down  uncared in the middle of the road,at the initial shot of the film and who is later stated to be dead,all give a grandiose uplift to the film.That bondage and maltreatment of an abandoned section of mankind,could become the death knell for the brutish caste supremacy and police autocracy,is poignantly built up as the cumulative effect of abandonment..

Natrajan Subramanyan as the Superintendent of police Kannabiran,is menacingly calm and fiendish in his role performance.Santhosh Narayanan's music gracefully travels with the theme and narration of the film and the song "Kanda Varachollunga"is a worthy musical treasure. Danush has ebulliently and naturally carried the whole burden of revolt on his shoulders,starting from the shot showing him jumping from the top of a rock into a running brook for cutting a fish into two equal halves,till the climax, slashing the throat of the devil-like Kannabiran.Denial of livelihood and rightful privileges such as the stop over of buses and deprival of education,are the most inhuman acts of abandonment,that could trigger the action and reaction of the Karma theory.The film beautifully showcases the gist,that when the value of human life is discarded and thrown into the trash bin,entire humanity turns into a heap of garbage.

Sarting from the epics,down to the day to day survival of ordinary human beings,the implied reality is that, abandanment is the anvil and oppression is the hammer.The greatest lesson from epics and history is that between each hammer and its anvil,weapons are born to take vengeance against the very same hammer and anvil.Here the caste supremacy is anvil,politice atrocity is the hammer and the weapon formed is the revolt.The Karnan concept is thus a kind of turmoil let loose by the voice of the abandoned lot,to be heard loud as the voice of nemesis and justice.In other words,the Karnan theory convincingly coincides with the Karma theory of cause and effect.